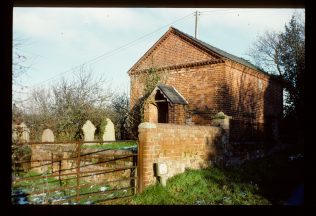 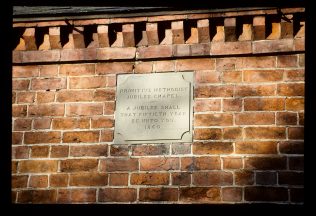 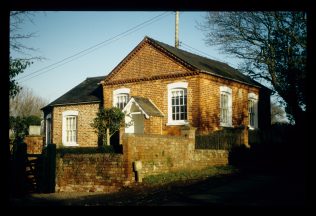 Clehonger is a village and civil parish in Herefordshire, England, 7 km south west of Hereford. Wikipedia

A Primitive Methodist Chapel at Gorsty Common, close to Clehonger to the west of Hereford.

The chapel is now empty and in poor condition. It was last used for worship in 1957 and had been active for around 100 years. There are five gravestones at the front of the chapel but there may be more hidden.

On the 1st Edition OS map of 1887 the chapel is marked as a Jubilee Chapel.

The datestone on the chapel reads “Primitive Methodist Jubilee Chapel. ‘A Jubilee Shall That Fiftieth Year Be Unto You’, 1860”.

The pictures from David Hill clearly show that the building had been turned into a private dwelling by 2006.