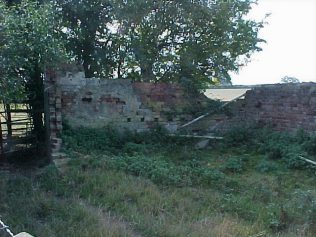 Herefordshire Through Time web site states:-Dilwyn Primitive Methodist Chapel was built in 1838, by trustees. In the same year the minutes for the Weobley Branch stated that they only had one chapel in the area, with the rest of the meetings being held in private houses. The Quarterly Meeting decided “That a letter be sent to Birmingham to ascertain the truth respecting Dilwyn Chapel, whether it belongs to this connexion or not”.

The early congregation of Dilwyn Chapel was made up of the very poor and employment was scarce. In 1839 the numbers had fallen considerably and it was noted “this year we have had to contend with the powers of darkness to a high degree”.

There are details of opposition to the travelling preachers who at one time removed a Richard Fox from his office of class leader as he had neglected his class for seven or eight weeks. This caused a quarrel and some 38 members were lost because of it.

The minutes for the meeting of the Leominster and Weobley Circuit on 2nd March 1857 show that it was decided that there was need for a new chapel at Dilwyn.

The new chapel was built in 1857 at a cost of £90 and with seating for 180. The following year the average attendance was 150 on Sundays and 80 on weekdays. The chapel did not have a Sunday School.

In 1860 there was more trouble among the members and James Jones of Dilwyn was suspended from preaching as he had been convicted of joining a card party and of playing at cards.

In 1884 and 1890 letters were written from the Quarterly Branch Meeting asking for the establishment of a Sunday School.

The membership of Dilwyn Chapel varied considerably during the 19th century:

The loss of members in the 1960s led to suggestions that Dilwyn Chapel should amalgamate with the local Baptists. By 1970 the attendance had dwindled further and the Trustees’ meeting of 29th June shows that the Synod had given permission to close Dilwyn and to sell off the contents.

The items put up for sale included the pews, harmonium, piano, carpet, pulpit furnishings, an electric fire and an oil stove. From the Dilwyn Trust Account we know that the pews were sold for amounts between 7-10 shillings. The rest of the furniture was sold for £10 and the building itself was sold to a Mr. Havard for £100.

After its closure the chapel was used as a farm grain store, and unfortunately a few years later there was a fire that destroyed the interior. All that remained in the 1980s were three walls and the front steps.

Kelly’s Directory 1895 Hfds & Salop, P 45. DILWYN. The Primitive MethodIst chapel in Church Dilwyn,a quarter of a mile east from the  church,was built in 1855, and there is one at Stockmoor, built 1864.

Kelly’s Directory 1913 Hfds, P 53. DILWYN. The Primitive Methodist chapel in Church Dilwyn, a quarter of a mile east from.  the church, was built in 1855.

On the 1904 OS Herefordshire 1:2,500 map the building is marked as Ebenezer Chapel (Primitive Methodist)