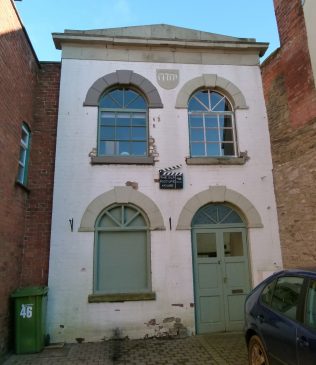 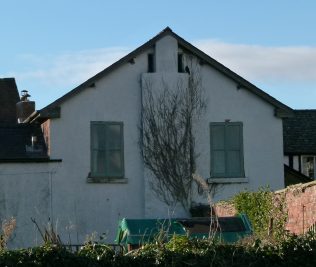 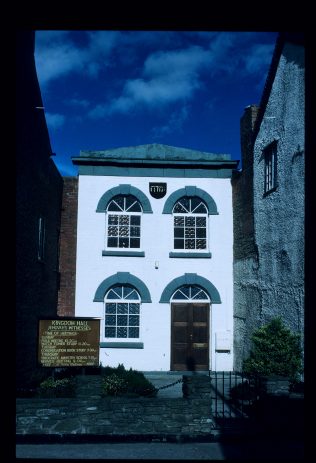 Originally the Primitive Methodist Society in Kington opened a new Chapel in Duke Street on 22nd December 1842, which was reported in the Hereford Journal of 4th January 1843.

The new chapel in Bridge Street was opened on 22nd July 1858, which was reported in the Hereford Journal of 28 July 1858.

This new Chapel was financed by John Edwards until it was later made a connexional property.

The entrance is set back on the East side of Bridge Street. The main building appears to be wider than the entrance facade which is limited by the adjoining buildings.

In 1860 tenders were sought from carpenters and joiners to contract for erecting a new gallery, rostrum, pews &c. The advert appeared in the Hereford Journal of 17 October 1860.

The report of the reopening after alterations and improvements to the interior appeared in the Hereford Times of 12 October 1861.

The Chapel may have closed pre 1940 as it does not appear in the statistical returns.

There are unconfirmed reports of it being used as a Jehovah Witness Kingdom Hall until about 2005.

In 2013 the building appears to be a dwelling with the name sign “The Old Picture House 46”. Has it also been used as cinema after closure?

Herefordshire Through Time web site states :- A Primitive Methodist chapel on Bridge Street, close to the centre of Kington and not far from the Baptist Chapel.

The chapel is a small white building set back from the road. The door is set just to the right hand side with a round-headed window on the left. Above there are two more matching windows.