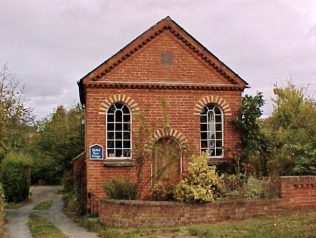 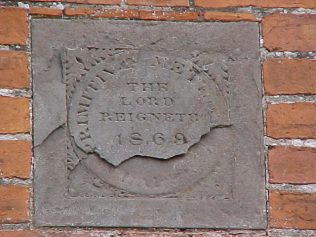 In 2001 I visited Ruckhall or Eaton Camp on the South of the Wye just outside Hereford in Eaton Bishop Parish Herefordshire. On the way to the Iron Age Camp I photographed and noted a Chapel called Bethal Chapel on the early OS Map but the foundation stone states The Lord Reigneth 1869 Primitive Methodist Chapel. To the Chapels rear hidden behind some imaginative planting but attached to the Chapel are two cottages known as the Poverty Cottages. In 2015 when I returned a furniture removal lorry was parked right in front of the Chapel and was unable to photograph again but the Chapel looked pretty much as it did in 2001. There was no attached graveyard that I could see and the Chapel is now an artists studio. The NGR is SO 4500 3900