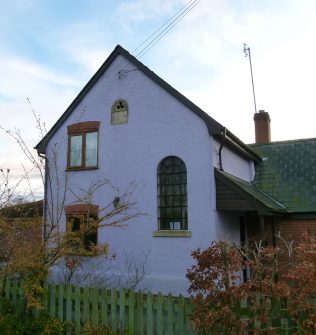 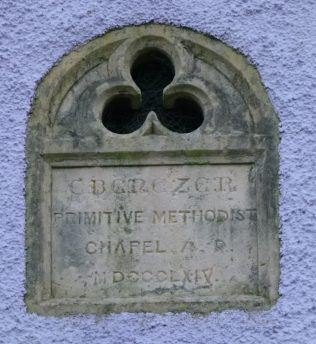 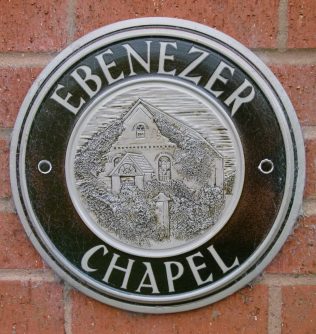 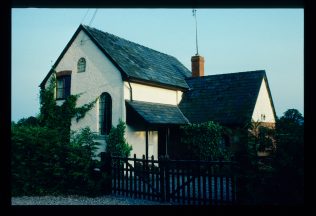 In 2013 the Chapel is now a dwelling. It has been much altered, losing its left front window and entrance door. There are also extensions present on either side. There is a wall plaque on the West extension depicting the original configuration of the building. The original wall plaque states “Ebenezer Primitive Methodist Chapel A.D. MDCCCLXIV.” No exact closure date has yet been found.

Herefordshire Through Time website states :- On a road leading south-east from Kinnersley to Norton Canon is Norton Wood Chapel. It is of red and blue bricks with circular windows and a slate roof. On the front of the chapel is engraved “Ebenezer Primitive Methodist Chapel 1864” with the date in Roman numerals (MDCCCLXIV), which is rare for chapels in this area.

In March 1862 the Weobley Quarterly Meeting decided that the friends of Norton Wood should be allowed to build a chapel there. By October 1863 land had been secured. A chapel was built that held 120 people and cost £200. The building was opened the following year. It received its certificate of worship in 1865. There were two services held every Sunday, at 2.30pm and 6pm.

The membership of the Norton Wood Chapel remained relatively steady over the next 50 years:

In the 1940s travelling preachers ministered there, many walking or riding several miles to do so, with members of the congregation supplying them with meals.

The chapel was still in use up until 1963, when the Border Commission said that it should centralise with Eardisley Chapel. The chapel was later sold and was used as a shed for grass seed and corn.

On the 1887 OS Herefordshire 1:2,500 map the building is marked as Ebenezer Chapel (Primitive Methodist)

On the 1904 OS Herefordshire 1:2,500 map the building is marked asEbenezer Chapel (Primitive Methodist)

On the 1975 OS Herefordshire 1:2,500 map the building is marked EbenezerMethodistChurch.