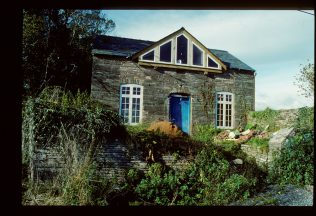 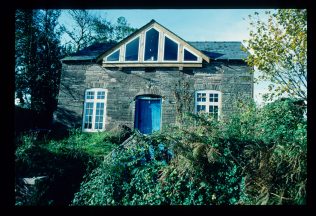 Herefordshire Through Time has the following entry.

A Primitive Methodist Chapel to the north-west of Urishay Castle that is no longer marked as a place of worship, but is shown on the 1891 OS map.

Kelly’s Directory, 1929 for Herefordshire reports that there is Primitive Methodist Chapel at Urishay, built in 1867, seating 100 persons, although the statistical return of Methodist Churches in 1940 gives the seating capacity as 60.

There is an account by William Gwillim in the 1858 Primitive Methodist magazine of the opening of Urishay Primitive Methodist chapel. There was no other place of worship locally, and in the summer of 1857 William Lewis of Crickhowell gave the society a thousand year lease at 2/6 per annum on a site where they built a stone walled, blue-slate roofed chapel.

It opened on January 17th 1858 with sermons by Mr Gwillim of Great Campstone and Mrs Gwillim of Kingstone. The total cost was £90 of which they expected to raise £60. Donors included Mr Powel and family of Snodhill, Mr Jenkins of Snodhill and Mr Jones of Oteley. The following Sunday they held a protracted meeting with several preachers including Mr Peake were planned.