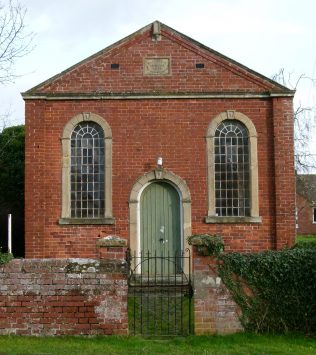 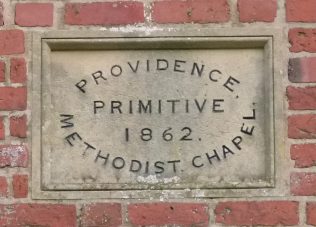 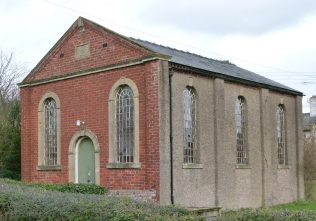 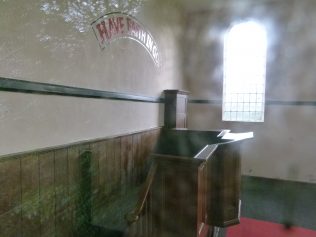 The Chapel opened in 1862 as per the wall plaque. It was part of the extensive Cwm & Kingstone Circuit.

The building is constructed in brickwork with the East wall rendered and not as stated below.

In early 2014 the Chapel is being sold by tender on the instructions of the Shropshire & Marches Methodist Circuit. It is subject to a pre planning application to possibly turn it into a dwelling subject to conditions being met.

The closing service was held on Sunday 24th July 2011. The congregation then joined that of Madley for future services.

Herefordshire Through Time web site states :- HER no. 36561, Preston-on-Wye is a village in the south-west of the county, sitting not far from the south bank of the River Wye. The chapel is on the main road that runs through the village. On the 1st Edition OS map of 1886, the building is marked as a Providence Primitive Methodist Chapel, and the building is still marked as a chapel on the 1998 OS map.

The chapel is of three bays with rubble exterior sides and a red brick front. The front of the chapel has round-headed double doors and a large round-headed window on each side of the entrance. Above the door is a moulded band of bricks and in the triangular section above this band is a date stone which reads: “Providence Primitive Methodist Chapel, 1862”.

On the 1887 OS Herefordshire 1:2,500 map the building is marked as Providence Chapel (Primitive Methodist)

On the 1904 OS Herefordshire 1:2,500 map the building is marked as Providence Chapel (Primitive Methodist)

On the 1974 OS Herefordshire 1:2,500 map the building is markedProvidenceMethodistChurch.