On a lane leading to Shucknall Hill from A4103, Weston Beggard Civil Parish, Herefordshire 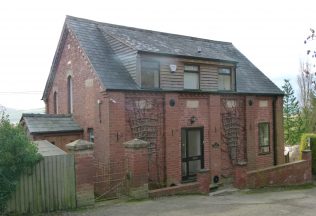 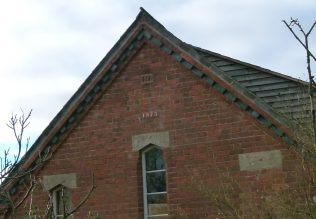 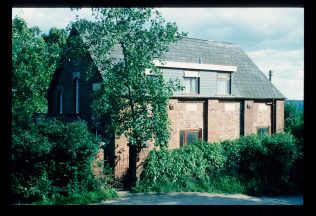 zoom
Chapel in 1991 showing conversion to dwelling before that date.
David Hill

In 2014 the building is a dwelling. It was constructed on the south side of a hill and has a basement. There is a terracotta plaque with the date 1875 on the east elevation. It is not known when it closed.

Herefordshire Through Time web site states :- On the 1886 1st Edition OS map for this area a building is shown as a Primitive Methodist Zion Chapel. It is situated near to Shucknall Court and is still marked as a place of worship on the 1998 OS map.

On the 1904 OS Herefordshire 1:2,500 map the building is marked as Zion Chapel (Primitive Methodist)