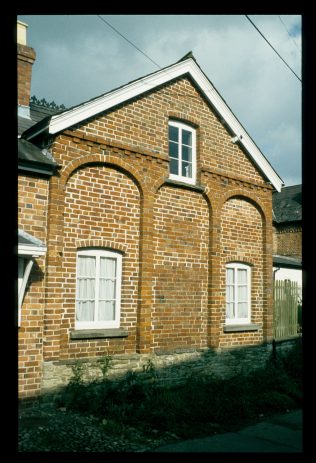 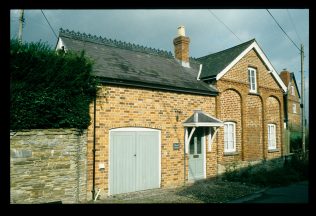 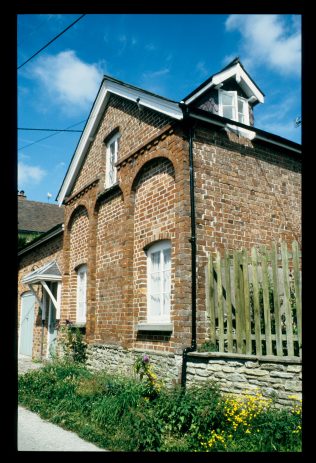 In 2013 the building is a dwelling called “Chapel Cottage”. A view of the building may be seen using Google Street View feature on the adjacent map.

Herefordshire Through Time HER Monument SMR Number : 37145 search states :- Possibly the Independent Chapel built in 1848, now converted to a cottage. The chapel was built in 1847 by the Independents. It was purchased by the Primitive Methodists in 1853 for the sum of £95. The chapel re-opened as a Primitive Methodist chapel on 22 January 1854, having cost £104 12s 5d. It could accommodate 80 seated (36 in pews and 44 free). Although there were only 20 members in Wigmore, out of a total population of 400, the attendance varied between 40 and 70 on Sundays. By December 1862 this was sufficient for the Circuit to decide to obtain a new, larger building. Work on the new Methodist Chapel on Broad Street began in 1863. The old chapel was sold off and lost its religious use, but still stands in Little Market Street, off Castle Street. It is used as a workshop.