East side of A4110, Broad Street, Wigmore Civil Parish, Herefordshire 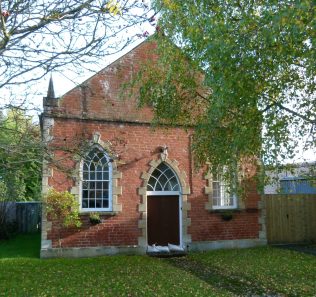 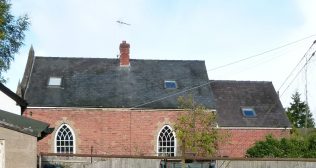 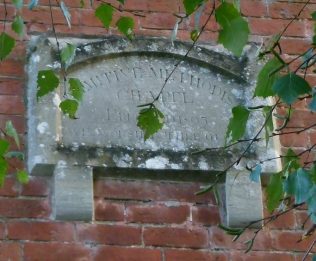 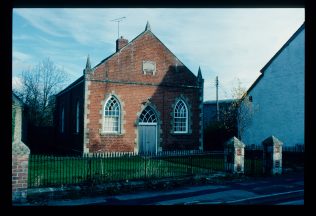 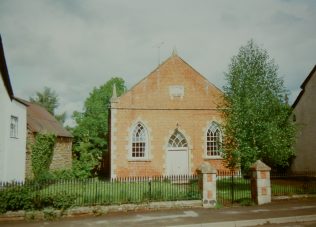 zoom
1863 Wigmore Trinity Primitive Methodist Chapel as it was in 1993. It closed in the 1980s and was unused at the time of the picture.
Keith Guyler 1993

Herefordshire Through Time web site states :- A Methodist Chapel on the east side of Broad Street, dated to 1865 (see photo & above) and converted into a private dwelling in the late 20th century. The building is red brick with ashlar dressings and a slate roof with pyramidal finials.

It is of two bays and rectangular in plan with the main entrance at the front west end. The front has a central doorway with an arched head and ashlar plinth. On either side of the doorway is an arch-headed window.

At one time there were three chapels and now there are none. In September 1853, the Primitive Methodists purchased for £95 the Independent Chapel which had been built in 1847. This became Chapel Cottage in Castle Street which was lived in until the death of Mrs Preece when it was sold to the next door owners of Steppes House. A new chapel was built in 1863 on the A4110 which in 1983 was sold and converted into a house. The Wesleyans had a chapel near the Cross of the Tree on Deerfold where memorials can be seen in the burial ground. The Primitive Methodists in 1864 built a chapel at Crookmullen. It closed and in 1976 was sold and since has been converted into a house.