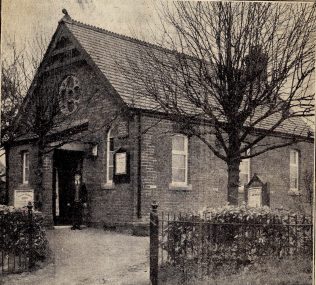 zoom
The chapel in April 1937 - in the picture is Mr W Yarrington; he had been associated with the chapel throughout its 50 years, and for a long period of time was the senior society steward
Watford Observer 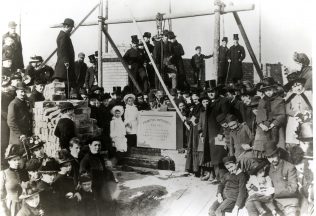 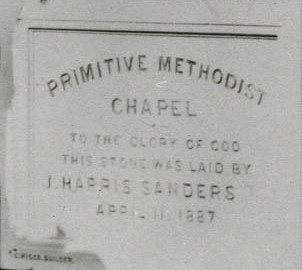 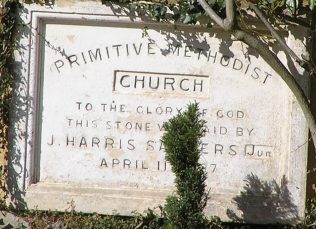 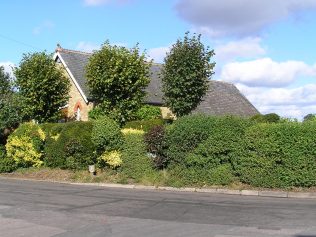 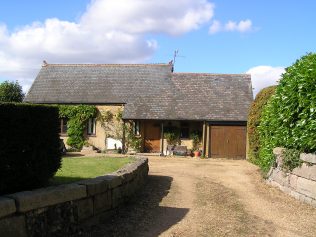 A small group of Primitive Methodists had been meeting in the Aldenham area, some three and a half miles to the north-east of Watford, from at least September 1870. As was the case with so many fledgling societies, there was no communal meeting place, so these gatherings must have been held in private houses. In December 1874, the society was able to rent an iron mission room at Letchmore Heath. Unfortunately, in September 1885, the Primitive Methodists were given notice to vacate the building as it had been sold (to Henry Huck Gibbs) for use as a social club.

After the loss of the mission room, services were held in the open air on Letchmore Heath, but only when the weather was favourable; then the village blacksmith offered the use of his forge, although it had to be swept out each Saturday and arranged for the Sunday services. The arrangement was less than satisfactory, however, so the minister, the Rev Joseph Dinnick, decided to approach the principal local land owner, Frederick William Thellusson, 5th Baron Rendlesham, regarding a site for a chapel. His efforts bore fruit, and on 1 February 1886 Thellusson leased to the society a small plot of land at Four Want Ways, near the hamlet of Round Bush. This was a rather odd-shaped plot of land in the corner of a field and in a relatively isolated rural location, well away from any neighbouring buildings. However, no time was wasted, it seems, in progressing the building plans, with the Rev Joseph Dinnick sending out an appeal letter seeking funds to erect a new chapel. The foundation stones of the chapel were laid on Easter Monday, 11 April 1887 and the building opened for worship on 3 June 1887. The chapel had room for 110 sittings and cost £260.

An insurance policy was taken out with the Primitive Methodist Insurance Co Ltd on 10 November 1887 in which, for an initial premium of 3/8d, renewable annually at four shillings, the “Chapel and Vestries … and including the Pulpit or Rostrum, Pewing, Forms, Gas, Lamp, and Candle Fittings, Blinds, Rollers, Racks, Desks, Tables and Chairs therein, Built of Bricks and Slated, heated by Stoves, and Lighted by Lamps” were insured for £195; the harmonium was insured separately for £5! By 1934 the harmonium had been replaced with an organ, which was insured for £30. That same year the insurance value of the building and its fixtures and fittings had been increased to £370, although the premium had also increased to eight shillings a year.

The chapel was registered for the solemnization of marriages on 17 September 1910. The building continued in use as a Methodist Church following the 1932 Union and, sometime prior to 1937, the chapel was “renovated” at a cost in excess of £50. The renovations included redecoration and the installation of a new pulpit, electric lighting having been installed a couple of years earlier.

In 1937 the chapel’s Golden Jubilee was celebrated. The report of that occasion in the Watford Observer recounts that, at the original stone-laying ceremony, Mr J Harris Saunders, who was to have laid the ‘chief stone’, was called away to Taunton, so the task was carried out by his young son. The newspaper describes how “the little boy was lifted on to the wall and he well hammered the stone with his mallet”. It was, perhaps, fortunate that the son had the same names as his father, because the stonemason was able to add (after the ceremony, as the 1887 photograph shows) the annotation “Jun” to the inscription so as to record accurately the events of the day. That stone is preserved in the building today, although it is also clear that ‘chapel’ has been replaced by ‘church’ at some point.

According to the Methodist Church Statistical Returns, in 1940 the chapel contained pews with seating for 100. The society eventually purchased the freehold of the site in 1959, but falling numbers led to services being suspended in 1965. The building was eventually leased to the Scout Association and it was finally sold in 1983 for conversion into a private house.