The first of three but the only one to survive 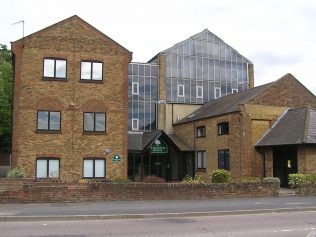 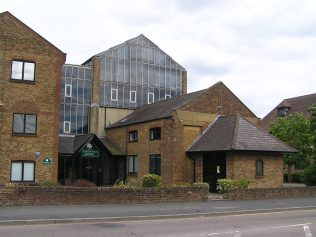 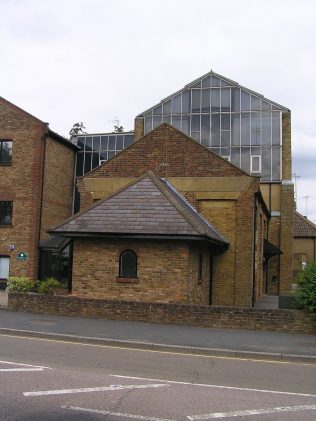 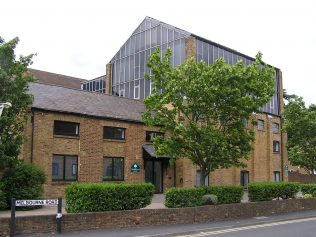 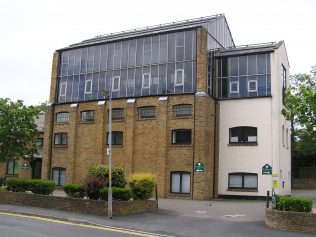 At the corner of the High Street and Melbourne Road in Bushey stands a strange-looking collection of buildings. Although now used as offices, they were once what was known as the Bushey Film Studios, part of which is believed to be the oldest surviving film studio in England. That helps to explain why the group is now a statutory “listed building”. But there may also be another reason: according to the English Heritage list description, at the core of this group of buildings is a mid-nineteenth century Methodist chapel which was extended and converted to form a private theatre by the celebrated artist Sir Hubert Herkomer (the founder of the Bushey School of Art) in about 1887.

A Primitive Methodist society was first formed in Bushey in 1844 and, according to a report in the Primitive Methodist Magazine by Brother Jonah Champion, the minister at St Albans and Watford, it was “likely to do well”. Certainly, by 1852, it was doing well enough to build its first chapel; the Rev. G. M. Hall records that over the entrance of the chapel there was at one time the inscription:

‘When God makes up His strict account
Of holy persons in the mount,
It’ll be an honour to appear
As one new-born and nourished here.’

In 1883 the congregation moved to a new iron chapel in the Rutts, Bushey Heath. This building, which clearly could only have been something of a temporary arrangement, was replaced by a new building in Bushey High Road that was opened in 1891. Nothing of either of these two later buildings now survives, the 1891 chapel having been demolished in 1967. Methodists still worship in Bushey Heath today, but they do so in a relatively new church on the High Road, opened in 1968.

In 1886, Herkomer built a large family home next to his Art School. Somehow, the grounds of the house included the 1852 Primitive Methodist chapel, and, with the assistance of his builder, Herkomer extended and converted it to form a small theatre seating 120. The chapel was described as being about 22 feet wide and 36 feet long, with a shallow balcony at the rear. As part of the conversion works, the walls were covered in deal board and decorated with carved woodwork and the interior of the pitched roof was painted with stencilled floral patterns. The building was fitted out with incandescent electric lights mounted on wrought iron brackets and an orchestra pit was created partly in front of, and partly under, the stage. The proscenium of the stage was only 16 feet wide and 12 feet high, but, because the stage had a raked floor, most of the audience had a clear view of the action. Each of the ten rows on the flat floor was fitted with tip-up seats, and there were four more stepped rows in the balcony.

The converted chapel was further extended in 1912 when it became a film studio (called ‘The Glass Studios’) and in again 1913 when a daylight film studio was added to the building. It is Herkomer’s daylight glass house that is said to be the earliest surviving film studio in England. The group of buildings was subsequently converted to offices.

English Heritage . Full details of the list description of the buildings can be found here .