One of only two PM chapels in Hertfordshire still in use 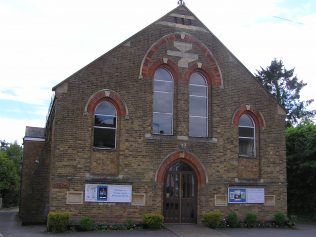 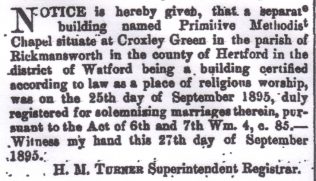 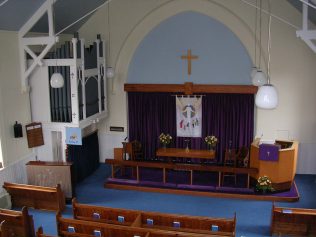 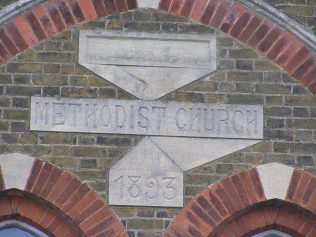 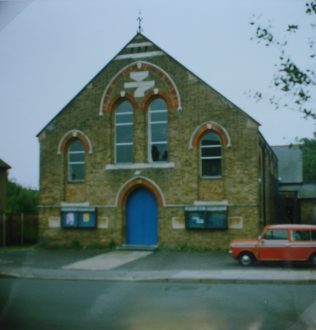 In 1866, it is said that a Mr Pierce, who, we must assume, was a Primitive Methodist, came to Croxley Green and, because there was no chapel in the village, he used his own house as a meeting place. The society must have grown rapidly because only a year later a site for a chapel was found in New Road and was purchased for £25. The building opened for worship on 16 February 1868.

Over the next twenty-five years not only did the population of the village increase but so must have the membership of the local Primitive Methodist society, because, in 1892, it was decided that a larger chapel was needed. However, it seems that the new chapel could only be built on the same site as the 1868 building, necessitating the latter’s demolition. For this reason, a new Sunday school room was built first. This was completed in November 1892 and was then used for worship whilst the old chapel was demolished and its replacement was built. The new chapel, with 300 sittings, opened on 30 April 1893, at which point the school room became used for its intended purpose.

The total cost of the redevelopment came to £1,087, and on 9 April 1896, three years after the new chapel’s opening, the trustees took out a mortgage with the Primitive Methodist Chapel Aid Association Ltd to secure the sum of £440.

The previous year the new chapel had been “registered for solemnizing marriages”, as proclaimed in the London Gazette for 1 October 1895.

The new chapel at Croxley Green was designed in what could have passed for the Gothic style; even by the late nineteenth century this style was not as popular with Primitive Methodists as it was with Wesleyans. Croxley Green is one of only two Primitive Methodist chapels in Hertfordshire whose designs came closest to the Gothic style, the other being the chapel at Chorleywood (also built in 1893).

The 1893 chapel remained in use after the Union in 1932. In the 1940s, an organ was installed to replace the harmonium and a new church hall largely self-built by the members themselves was opened in January 1968 as part of the original chapel’s centenary celebrations. Today, the building is one of only two former Primitive Methodist chapels in Hertfordshire that are still in use as a Methodist church (the other being at Harpenden). Unfortunately, however, its interior was completely re-modelled as a result of “modernisation” in 2008, which effectively removed any trace of its original designs, fixtures and fittings (the 1940 survey by the Methodist Church showing that the building then had pews). It is also interesting to note (rather surprisingly, given that the building is still in use today by the Methodist Church, unlike the chapel at Chorleywood (q.v.) that was sold for secular purposes), that the word “Primitive” has been rather crudely excised from the stone inscription on the front elevation of the chapel.