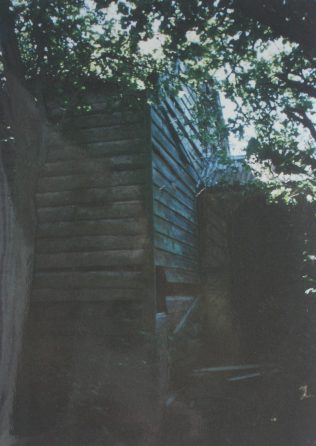 Patmore Heath Primitive Methodist chapel was opened around 1870.  Before 1950 it passed to the United Reformed Church, presumably the Congregationalist branch, but had closed in the 1950s.  In Keith Guyler’s photograph it is derelict.  Although the photograph is undated it is likely to have been taken between 1985 and 1998.