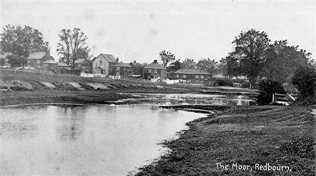 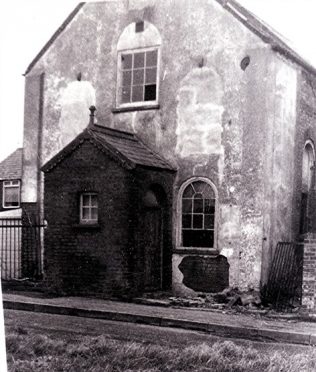 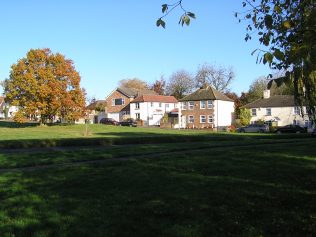 zoom
East Common, Redbourn in November 2012 - the house behind the red car occupies the site of the PM chapel
David Noble

The chapel, which could accommodate 100 people, was an example of the very common ‘nonconformist nondescript style’, typically a ‘long rectangle’ plan, with brick elevations under a pitched and clay tiled roof, with the gable facing the road, and with tall semicircular-circular headed windows. It was built of brick, the render on the front elevation probably being a later alteration. The front porch also appears to have been a subsequent addition, possibly at the time the elevation to the road was altered and the original windows were blocked up.

In 1877 the Primitive Methodist societies at St Albans and Redbourn split away from the Watford and St Albans Circuit and formed themselves into a separate circuit which become known as the St Albans Mission. In Urwick’s 1884 survey of Nonconformity in Herts, Redbourn is included in the “List of Places of Meeting for Religious Worship certified to the Registrar-General since 1st July 1852”.

The chapel at Redbourn transferred to the Luton circuit in 1887. By 1933 this had become the Luton and Dunstable Primitive Methodist Circuit, and a circuit plan for that year refers to Hertfordshire chapels at Trowley Bottom, Bendish, Harpenden (Southdown Road), Redbourn and St Albans (Boundary Road).

At Methodist Union in 1932 it seems that it was proposed that the Primitive Methodist chapel at East Common should unite with the Wesleyan chapel at North Common; however, it took some while for both congregations to agree to this move because amalgamation did not occur until 1939. During the Second World War the East Common chapel was let to industrial users. The 1940 Statistical Returns of the Methodist Church record that the building had been “damaged by enemy action” in the Second World War. In 1946 it was sold to the Open Brethren and once again used for worship. However, by 1962, the building was in a sorry state and it was soon demolished. A house now stands on the site.

A History of the County of Hertford , Volume 2, Victoria County History, 1908