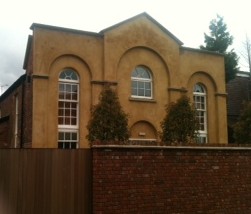 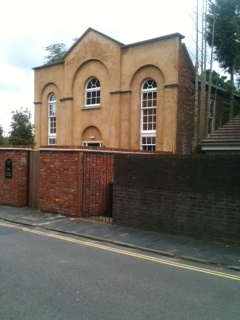 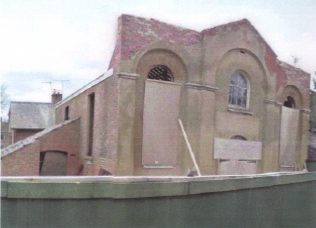 zoom
The building in 2011 before conversion work began
David Noble 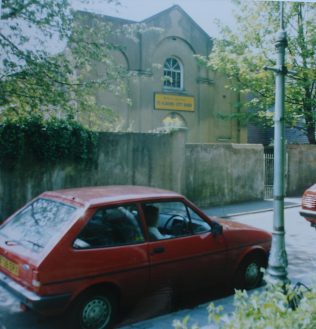 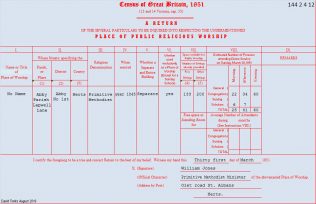 Primitive Methodism reached St Albans from Watford in 1841. By 1843, the lack of a meeting place in St Albans was clearly a problem, the appointed minister for that station, Brother Jonah Champion, reporting that “Primitive Methodism had, for some time, to struggle with great difficulties, principally from the want of a place sufficiently large to contain the congregations which assembled to hear the word of life.” There is a reference to “certain premises” being rented and partly “fitted up for a preaching room”, although there is nothing to say what or where these premises were; however, it seems that acquiring the use of a meeting place of any sort was something of a catalyst for the society in St Albans since “soon afterwards the converting work broke out powerfully … and the good work still progresses”.The following year, the preaching room was enlarged but even then it was still not big enough. Believing this to be a sign of further growth to come the society decided to build a chapel; this was the first Primitive Methodist chapel to be erected in Hertfordshire.

In Petty’s words, it was “a commodious chapel, which was opened for divine worship in December, 1844”. The minister, Jonah Champion again, reported that “on Friday, the 20th, and Sunday, the 22nd of December last [1844], our new chapel here was opened for Divine worship”, and he mentioned that “the chapel is 35 feet by 30, and high enough to admit a gallery; the seats let well”. Urwick notes that the chapel was registered on 10 June 1846 as one of the “Places for Religious Worship for Protestant Dissenters Under the Toleration Act”. The chapel was sold in November 1875, the Primitive Methodist society moving to the former Independent chapel in Dagnall Street, St Albans.

After the departure of the Primitive Methodists the building was used as a mission hall in connexion with the Baptist church in Dagnall Street, and this is how it is shown on the 1880 OS map. A single storey lean-to side extension designed by the St Albans architect, Percival Blow, was added on the south-east side of the building very early in the 20th century, but the building was in a dilapidated condition when, in 1934, it was purchased for use as a rehearsal room by the St Albans City Band. Despite making some improvements during its tenure, the band moved out in 2003 when the building was described as being “unusable”. More information about the building whilst it was in the ownership of the City Band, together with several photographs of the building during this time (including some of the interior) can be found at http://stalbansband.co.uk/band-history/27-our-old-bandroom.html.

Petty, John, The History of the Primitive Methodist Connexion, from its Origin to the Conference of 1860, the First Jubilee Year of the Connexion, revised and enlarged by James Macpherson (London: J. Dickinson, 1880), pp.462-463.