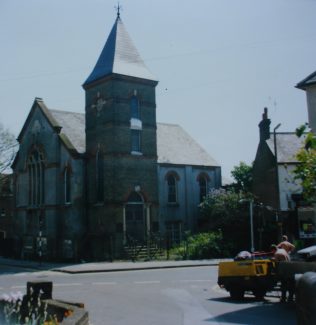 The Primitive Methodist chapel in Queen’s Road Watford at the junction with Queen’s Place dates from 1885 and seated 400 people.

The 1885 Primitive Methodist magazine tells us they were starting work on  a new Primitive Methodist chapel at Watford to replace the previous smaller one with more facilities for worship and work. The 1886 magazine confirms it was opened, with chapel , school and vestries.

It took the good folk of Watford some time to turn the Methodist union in 1932 into reality on the ground.  Not until 1947 were the former Primitive (Watford No 2 circuit) and Wesleyan (Watford No 1 circuit) churches united as one circuit.

The chapel in Queen’s Road became a Christian Spiritualist Church in 1953. It is now housing; Victoria Court.