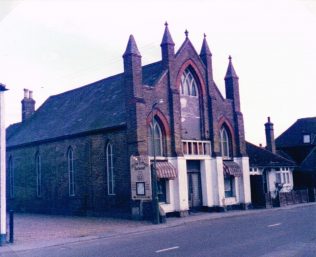 The Primitive Methodist chapel in Minster-in-Thanet was opened in 1870.  It closed in 1932 on Methodist union and locally the congregation joined with the Wesleyans.

After closure it was used as a Co-op store and in Keith Guyler’s photograph in 1986 it appears to be used as a restaurant.  On Google Street View in 2009 it looks a bit more cheerful, complete with hanging baskets, although its use is unclear.