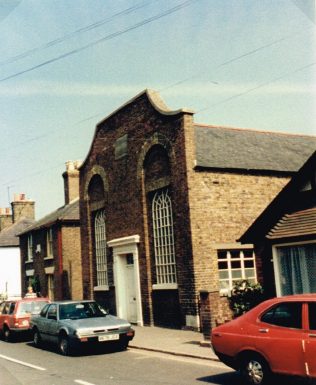 Moat Sole Primitive Methodist chapel, Sandwich was opened in 1862.  On Methodist union in 1932 the society joined with the Wesleyan Methodists.

At the time of Keith Guyler’s photograph in 1986 it was in use as a clinic.  On Google Street View in 2009 it looks disused or in use as a store.