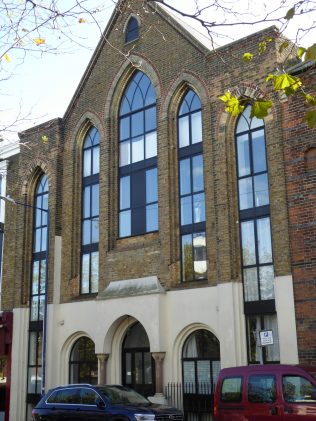 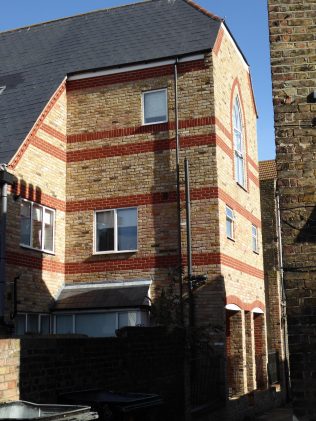 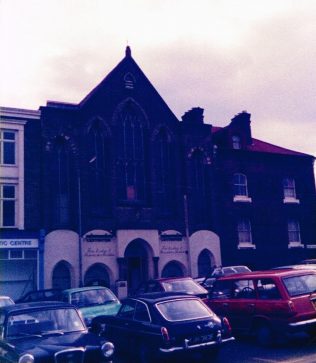 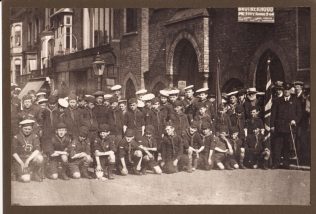 The first Queen Street Primitive Methodist chapel in Ramsgate was opened in 1868 but burnt down in 1873.

Its replacement was opened in 1874. It closed in World War 2 when it was used by the RAF.  After this time it became a factory, and at the time of Keith Guyler’s photograph in 1986 it had become a furniture showroom.

On Google Street View in 2014 and Geoffrey Oxley’s photographs in October 2018 it had been converted into flats with a rather grand stone tablet bearing the date 2007 in Roman numerals – Queensgate Court..