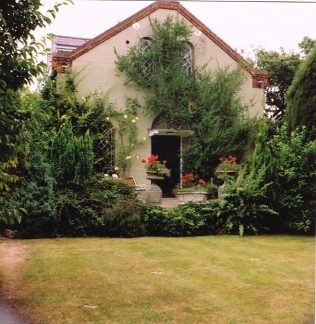 The notes with Keith Guyler’s picture of Primitive Methodist chapel at Sarre, west of Ramsgate, say it was was opened around 1890.  It was closed in 1966 and converted into a dwelling in 1977.

W Dinnick tells us that the chapel was the first chapel or church of any denomination in the village for more than 500 years.