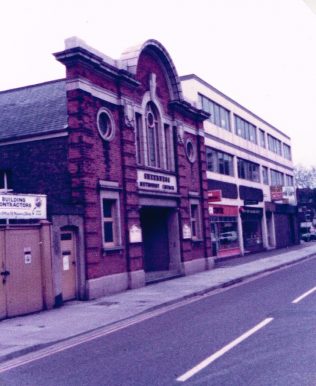 Sheerness Primitive Methodist chapel shown in Keith Guyler’s photograph was opened in 1925.  It  was known as Bourne chapel and was located in the Broadway.  It follows the previous chapel  built in 1904 which subsequently became the Sunday school.

Whilst it was still in use at the time of the photograph in 1986, the Methodists have moved into a Local Ecumenical Partnership with the United Reform Church and the former Primitive building has since been taken over by Sheppey Community church.