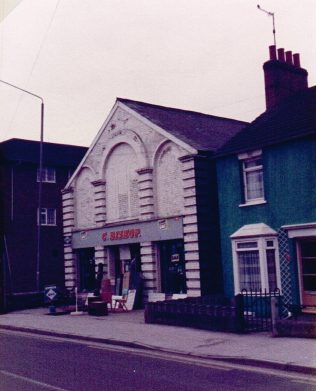 The foundation stone of the Primitive Methodist Chapel in Malling Road was laid in November 1877 and the building opened the following year. In 1900 a Sunday School room was added at the rear. After the Methodists joined the Congregationalists in 1976 the building was sold and had a succession of commercial uses.

On Google Street View in 2009 it was Claremont Corvette Centre.