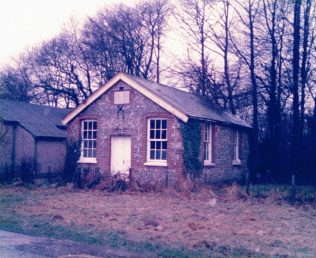 Stelling Minnis Primitive Methodist chapel, south east of Canterbury, was named Ebenezer when it was opened in 1862.  It was closed in 1982.

Stelling Minnis was one of those small villages where both Primitive and Wesleyan chapels were maintained  for 50 years after Methodist union in 1932.  The Wesleyan chapel became the village hall.