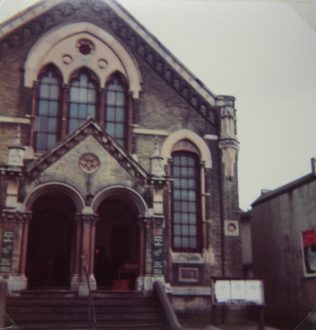 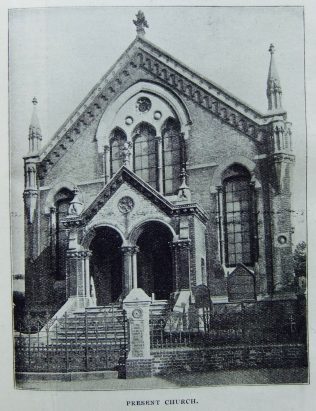 Camden Road Primitive Methodist chapel in Tunbridge Wells shown in the picture was opened in 1878. There had been a previous chapel of 1857 also in Camden Road and before that from May 1854 the Prims had met in the Presbyterian chapel on Mount Sion. The town was missioned in 1853 from Goudhurst with services on the common and in the house of bro. T Middleton.

The Primitive Methodist magazine of June 1857 contains an account by J Ashworth of the opening of the 1857 Primitive Methodist chapel.  The foundatin stone was laid on Monday October 13th 1856 by Rev A Bishop (Congregationalist). The opening services were held on March 29th 1857 and following weeks, with sermons by Mr Ashworth, J Petty of London, Rev A Bishop, Rev C Temperton and T Dakin.

The Camden site after closure became an antiques showroom but was then demolished and flats built in its place.  I cannot find the precise location; can anyone tell us exactly where the chapel was?