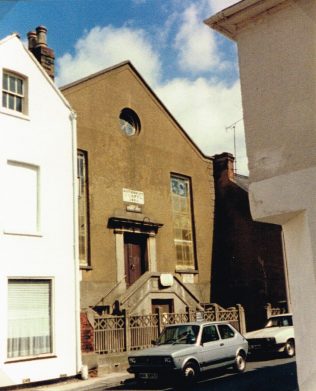 Whitstable Albert St Primitive Methodist chapel was opened in 1864.  After closure it had a variety of uses including a museum store.  By the time of Keith Guyler’s photograph in 1986 it had become a market store.

On Google Street View in 2014 it is a house with rather grand entrance steps.