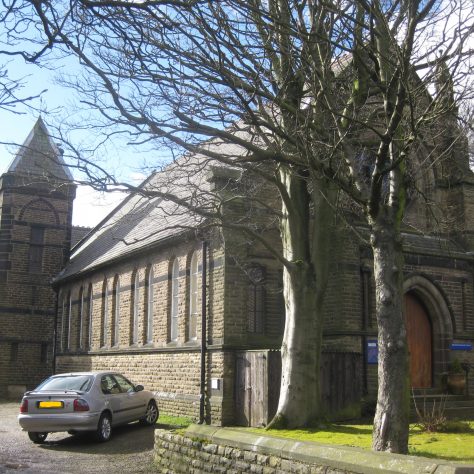 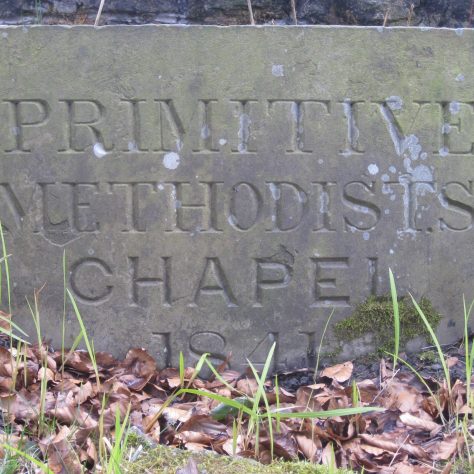 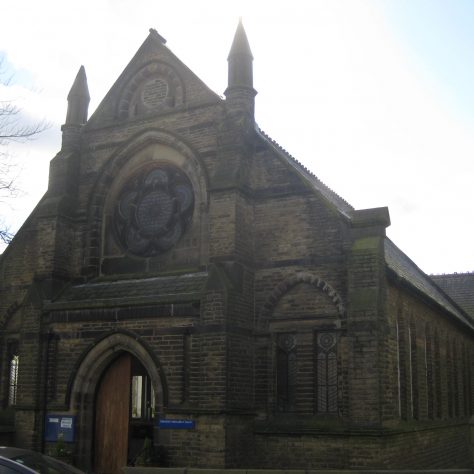 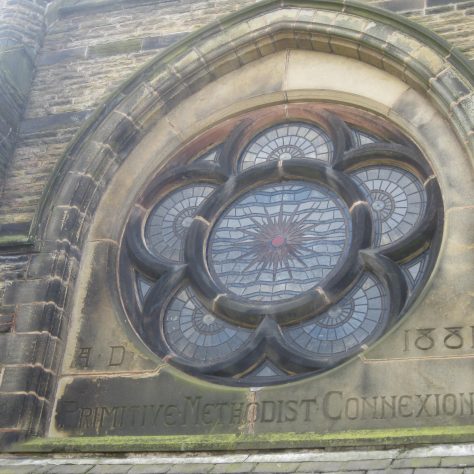 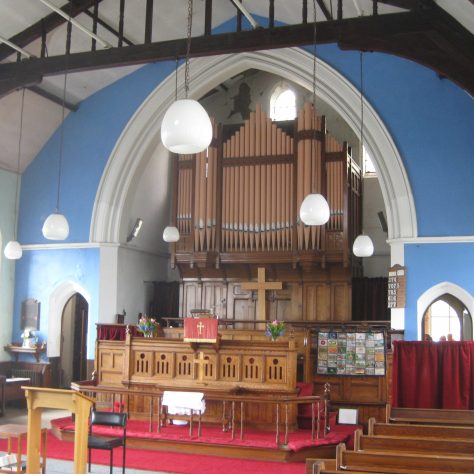 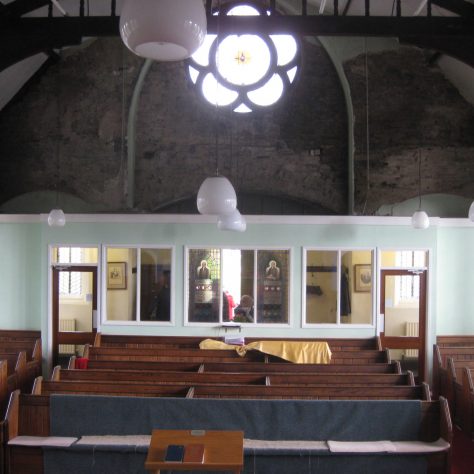 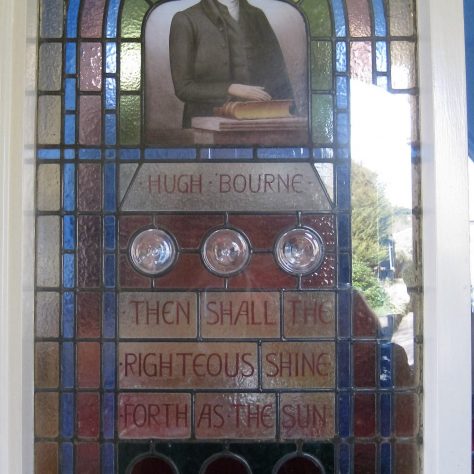 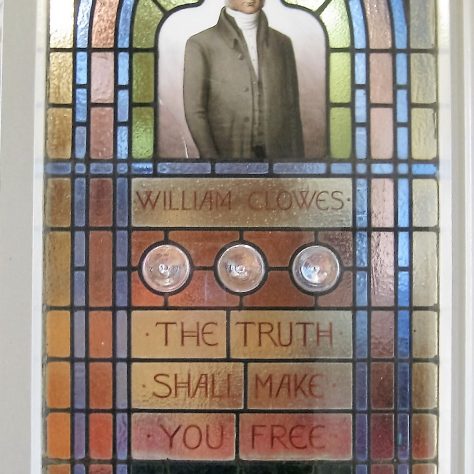 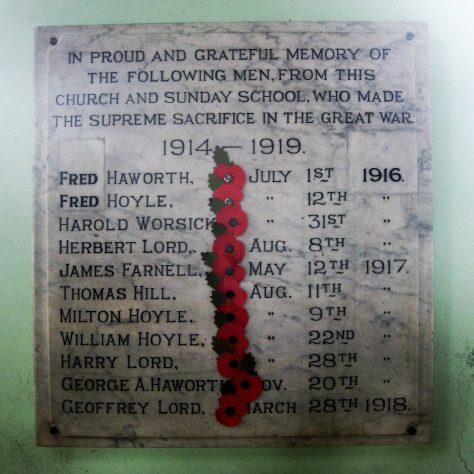 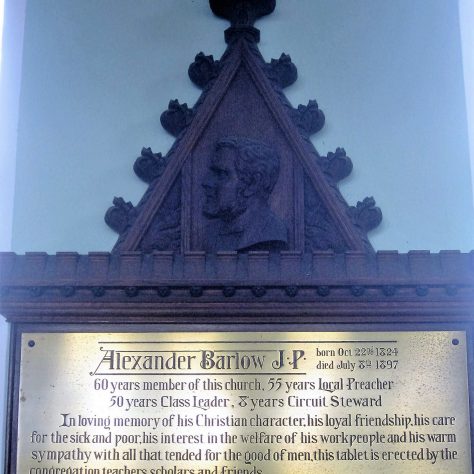 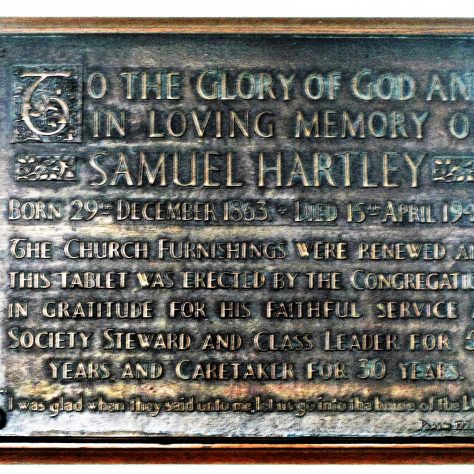 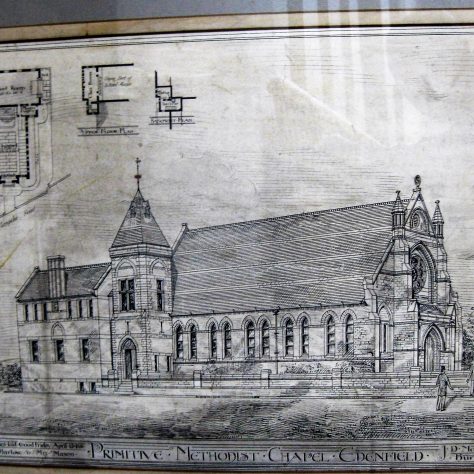 The line drawing of Edenfield Primitive Methodist Chapel as drawn by Mr. J.D. Mould in 1881 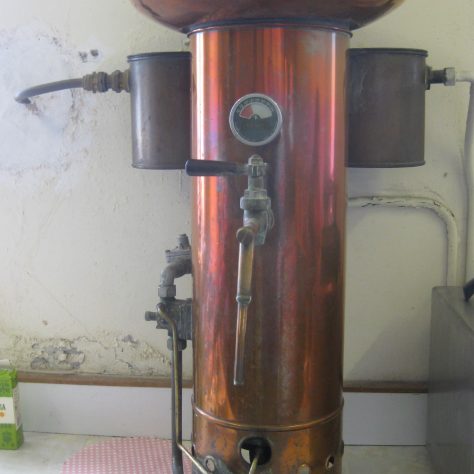 This gas boiler was installed in the 1920's and was still in use on the last Sunday service in 2016. A true Primitive Methodist item!! 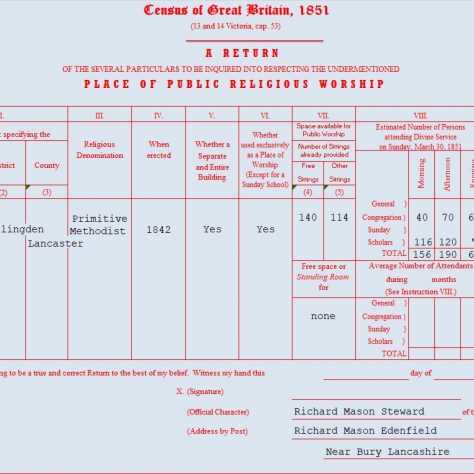 Edenfield: return from the Primitive Methodist chapel to the 1851 Census of Places of Public Religious worship. Return no: 477 3 1 3
transcribed by David Tonks 2021

A society came together in Edenfield in the early 1880s. They met in a room in premises occupied by one Richard Mason. As the numbers in the society grew the first chapel was built on the recreation ground in 1841. The plaque from this chapel is inside the gateway of the present building. (photo No.2)

Outings from this chapel were to Hawthorne Hill where Camp Meetings were held and it was on this part of the land that the present chapel was built the society of the 1841 chapel having outgrown the building. So in 1881 land was purchased and Mr J D Mould an architect drew up the plans. On the 15th April 1881 corner stones were laid by Mrs Richard Mason and Miss Barlow (Mrs Barlow was indisposed at the time.) £1000 was raised this being just under half of the total cost of £2300. The formal opening of the chapel took place on 12th January 1882. The two services at 3.00pm and 7.30pm were addressed by the President of Conference Rev’d Charles Kendall. A tea was held in the Co-operative Hall as the day turned out to be very wet.

In 1883, to raise money towards paying off the debt, a three day bazaar was held raising £400 and in 1886 a two day sale of work raised £300. The mothers and stall holders were so exhausted after the event they said ‘no more bazaars and sales of work’!

In !923,the building (which also included a large schoolroom area at the back) was beautified throughout and an electric blower was installed for the organ. In the programme, for a special service in 1925, it stated ‘Only an united people by careful and persistent plodding could have been equal to the task and it is some satisfaction to know that through it all good solid work has been carried out in both the church and the schoolroom and it is expected that the best is yet to be’.

In 2015 the society numbered 14. The chapel was in great need of repair. Both the chapel and the schoolroom required new roofs, there was damp in most of the structure and the boiler and heating system needed renewal. After a lot of prayerful time and great deliberation it was decided that the chapel building could no longer be kept open for worship and it was put up for sale.

On Saturday 5th March 2016 the doors were open wide and people were invited to view memorabilia and have a look at the building. Refreshments were provided and folk were able to chat and reminisce. The following day Sunday 6th March before the doors were closed for the last time the final service was held. This Communion service was conducted by Rev’d Dr John Illsley. Looking back over 134 years of worship in this place he spoke of the faithful service given by ministers, local preachers, stewards and especially to the Christian people of that part of Lancashire who witnessed faithfully all those years. Of those present he said ‘we do know, in this church, that the Church is not the building but the people and the people who worship here are a very special people, I can honestly say that I receive here more than I give’. Although today is a sad day he said this church moves forward in faith and will continue its mission in another place.

Elaine and Richard were privileged to attend the final service in this chapel.