Until 1974 this chapel was in the county of Lancashire. In 2020 it is in Cheshire It is closed for worship 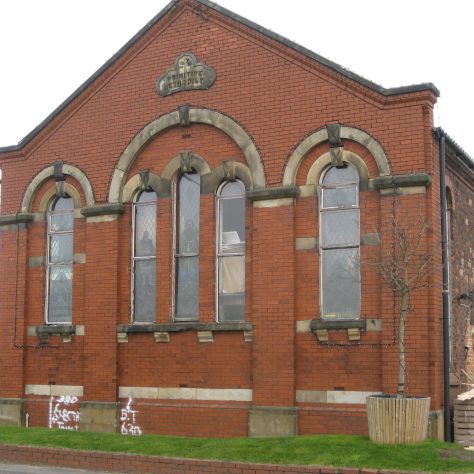 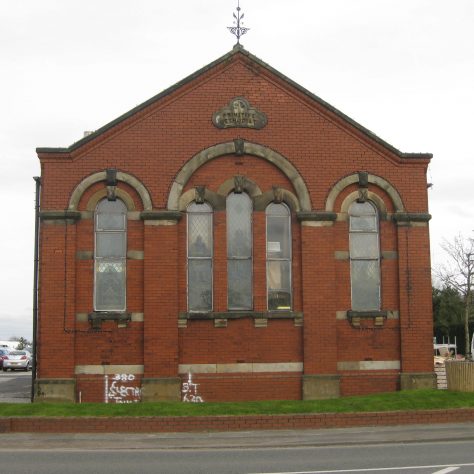 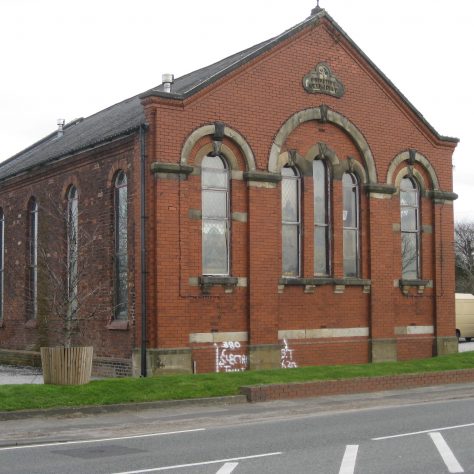 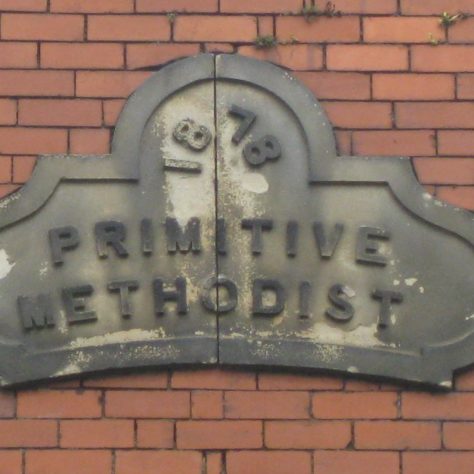 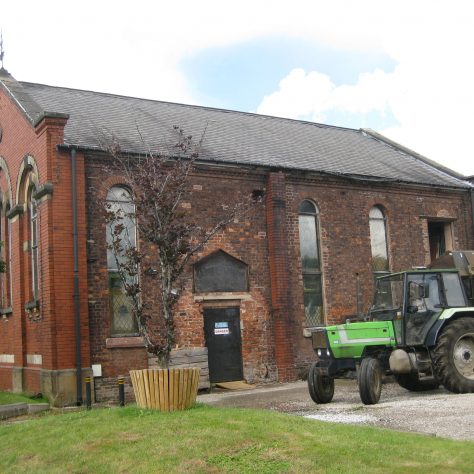 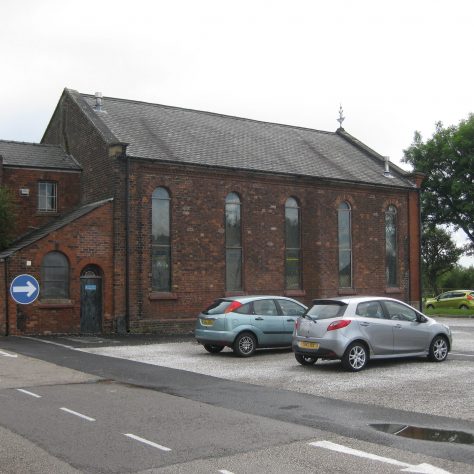 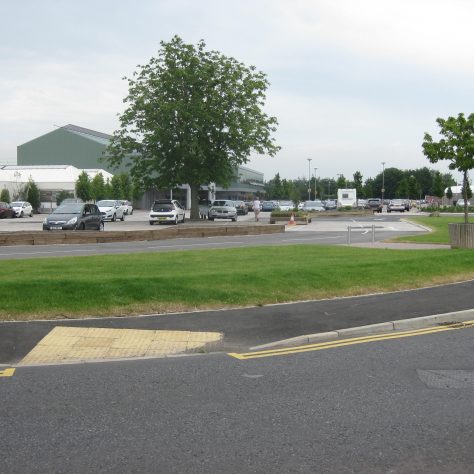 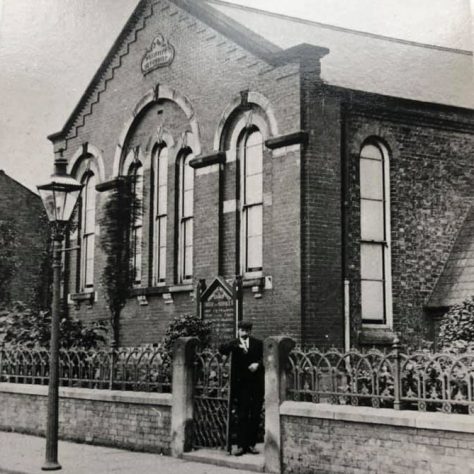 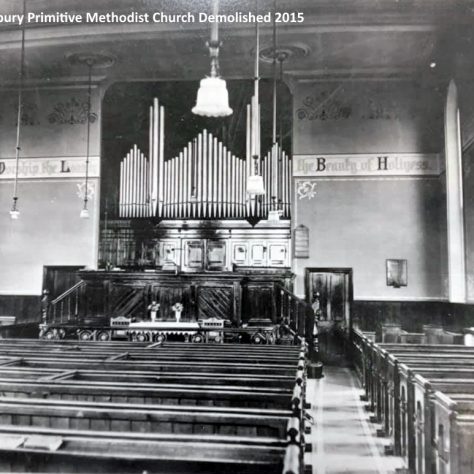 The chapel has a plaque dated 1878. In the Statistical Returns for 1972 it states that the chapel opened in 1865 whereas the date on the plaque indicates a date thirteen years later!

The chapel sits on the edge of Bents Garden Centre car park. The date of closure is unknown. In 2013 Bents were using the chapel building for the garden centre’s maintenance team. Sadly, in 2015 the chapel had been demolished and a roundabout built, as shown in final photo