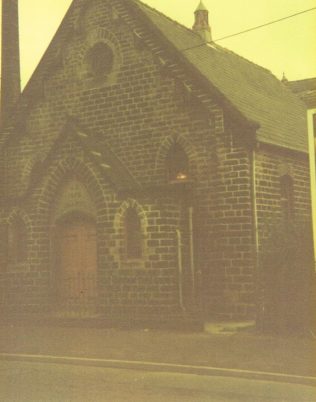 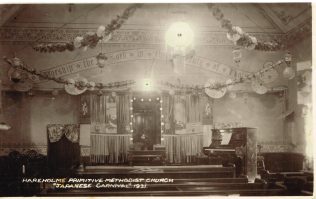 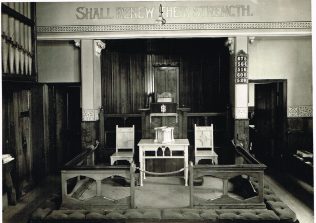 Hareholme’s first service was on Good Friday 1866. The corner-stones of the single-storey premises were laid on a thoroughly wet 14th December1872 at a cost of £550.00. It was capable of seating 250. It was not however licensed for marriages until 1933.

I and several other preachers retain vivid memories of Emma Edge, wife of the village farrier, who insisted on entertaining us for tea after we had visited Hareholme on a Sunday afternoon, even if we weren’t due to.

A ‘notable character’, Emma’s life spanned almost the whole of the 20th century until she died aged 102 in November 2000. Hareholme’s final service was on 26th September 1982 after which she reverted to the Baptist chapel of her youth. Others who attended the final service were Jack Sunderland, W N Morris, Mrs Lizzie Taylor and her daughter Miss Alice Taylor, and J Coupe.