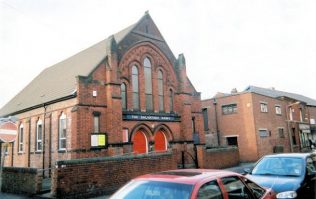 Cook Street chapel was started by former members of Bradshawgate Methodist Chapel. When the chapel was opened in 1885 it was not affiliated to any connexion and was known as Cook Street Free Methodist Chapel. They later joined the Primitive Methodists and changed their name accordingly. The chapel had a pipe organ built by local organ builder Thomas Pendlebury. When the chapel closed it was taken over by the Salvation Army as the Leigh Citadel. After the Salvation Army left it became a children’s nursery.