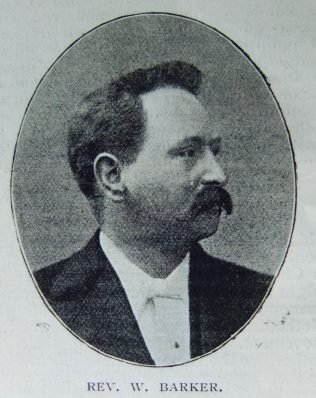 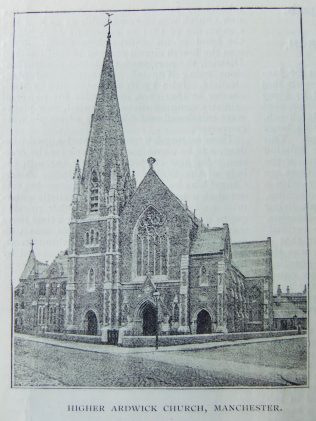 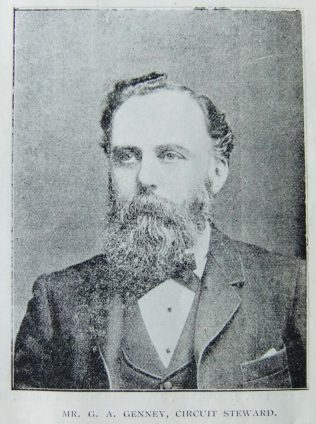 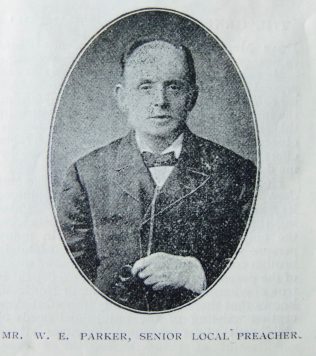 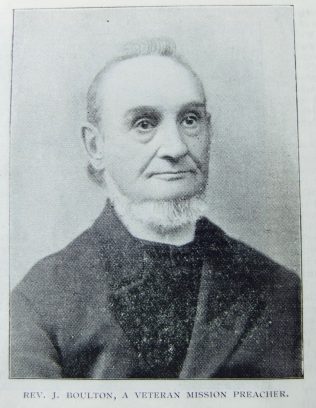 Transcription of Article in the Christian Messenger by William Barker

In the denominational magazine for January, 1821, Hugh Bourne asserts that Manchester was first visited by some pioneer Primitive Methodist missionaries, sent out by the Tunstall Circuit, on March 9th, 1820. A society was established, and a large mission room taken at New Islington. This was speedily followed by another mission room in Chancery Lane. The names of the first preachers are not recorded, but there are traditions lingering of a missionary with a wooden leg, who, by his powerful preaching, made a great impression on the people living in the vicinity of the New Cross, Ancoats. This statement, however, cannot be verified. The earliest official record indicates that a woman preacher, Ann Brownsword, was the first accredited agent of the Camp-meeting Movement greatly to advance the new cause in the city which has now become the most important commercial centre in the world.

In the Journal of Ann Brownsword, under the date of Sunday, July 30th, 1820, there is the following entry:- ‘I preached at the New Cross, Manchester, to a large congregation, and had a powerful time. At night l preached in the room at New lslington. It was crowded from end to end. After preaching we held a prayer-meeting, and one soul was in distress. On Monday I again preached in the room. While I was speaking it was a barren time to my soul. I did not think there would be any good done, but God’s ways are not as our ways, nor His thoughts  our thoughts. As soon as I had done preaching there was a mighty outpouring of the Holy Spirit. Sinners were crying for mercy on every hand. We had a shout of a King in our camp, and at least ten souls struggled into liberty. Glory be to our God!‘

The new Society grew with amazing rapidity, and when Hugh Bourne visited Manchester on August 28th, 1820, he found that five classes had been established, and over eighty people had been received into membership. A Sunday school was commenced. Street missioning was well supported. New converts were set to work to get other people converted, and splendid work was done by Thomas Hewitt, Matthew Teasdale, John Candelet, Barnabas Parker, George Wallace, Robert Lee, Thomas Lightfoot, Samuel Waller, Thomas Oldfield, Daniel Morton, Samuel Johnson, Stephen Longdin,  Jonathan Heywood, Thomas Holden, Wildin Taylor, Jonathan Ireland, and a host of others whose names are written in the Lamb’s Book of Life.

Ann Brownsword was succeeded in Manchester by James Bonser and Walter Carter, two famous pioneer preacher’s, and under their missionary labours the advancement of the new church was so remarkable as to lead the Conference of 1821 to constitute Manchester the head of an independent circuit. This was the fourth circuit created in the Tunstall District, the previously made independent stations being Tunstall, Darlaston, and Macclesfield. John Verity was stationed in Manchester in 1821-1822, and under his powerful ministry congregations increased, new places were missioned and hundreds of people were converted.

The owner of the Ashton Street room, a Mr. Chadwick, proved to be a great friend to our people. In his will he made provision for the room to be leased to the Connexion for 400 years at a nominal rental, and he left a legacy of £130 for a new chapel, if a new chapel should ever be required by the Primitive Methodist denomination in Manchester. This legacy prompted the leaders of the Ashton Street Mission to arise and build. An eligible site was secured in Ogden Street, and in 1850 the foundation stones of the new Chapel were laid. The late Rev. David Tuton stood on one of the foundation stones and preached a remarkably powerful and appropriate sermon from the text –‘Upon this rock I will build My Church, and the gates of hell shall not prevail against it.’ This open-air sermon made a profound impression, and one outcome was that the Wesleyans, in Chancery Lane, requested that Mr. Tuton might be invited to preach their anniversary sermons. At this particular time, Manchester Methodism was mightily stirred by the Reform movement. In approaching their circuit authorities the Chancery Lane officials backed up their request by declaring if they could not have Mr. Tuton as their anniversary preacher, they would invite one of the expelled ministers – Everitt, or Griffiths, or Dunn! Ogden St. Chapel was opened on the last Sabbath of 1850. The morning service was conducted by the Rev. W. Howcroft, an eccentric but devoted minister, and Miss Buck, the one-time travelling preacher and successful evangelist, preached afternoon and night.

After working for a quarter of a century at Ogden Street, steps were taken to provide the increased accommodation which was imperatively needed. After long deliberation and much prayer, it was decided to erect a large Gothic Church, with commodious schools and a minister’s house at Higher Ardwick. The Church provides sitting accommodation for a thousand people, and the block of premises cost over £15,000. In spite of the heroic efforts of the Rev. John Slater and a splendid band of willing workers and generous givers, nearly £8,000 debt was left on the Church when it was opened for divine worship and service in 1878. This burden would have completely crushed scores of congregations, but, in spite of the almost intolerable strain, the Higher Ardwick people have toiled unweariedly, and by a great bazaar to be held in May next, they hope to reduce their liabilities to less than £2,000. The property is unquestionably one of the finest possessed by the Connexion, and when it is freed from debt steps will be taken to increase the staff of workers in the church and school.

Five Conferences have assembled in Manchester, and two of these (1878 and 1897) have been held in Higher Ardwick Church. At the Conference of 1897 the great historic debate took place on the question of organic union with the Bible Christian Church. Manchester Ninth Circuit was created from Higher Ardwick in 1893.

Many eminent ministers have superintended this historic station. John Slater laboured like a Trojan for seven Years, and he had W. Whithan, A. Morton, W. Gelley  and J. Watkin as his assistants. The Revs. L. Norris, G.R.D. Austin, W. Wheeler, T. Whittaker, J. Watkin, J A. Cheeseman, J. Prince, Danzy Sheen, and W. Jones Davies have also had various terms of service in the Circuit. After spending nine and a half years in the Darwen Station, the Rev. William Barker entered into the Higher Ardwick superintendency after the Conference of 1899.

Higher Ardwick has, moreover, been splendidly served by a long line of noble laymen, and of honourable women there have been not a few. Mr. H. Sidebotham occupied the position of circuit steward for the unusually long term of twenty-six years. In this office he was succeeded by Mr. George A. Genney, who was born in London in 1844. Mr. Genney is the grandson of the late Rev. Isaac Broadbent, one of our early ministers who did excellent work in various parts of the Connexion, and especially at Edinburgh, where he followed some seceders, and saved the church to the Connexion. When Mr. Genney was very young his parents moved to Manchester, and he was led to our Ogden Street school. His mother took him with her to the class-meetings regularly. Early in his teens he became a teacher, and afterwards he was appointed  secretary of Ogden Street school and Trust. Mr. Genney, however, did not join the Church until the Rev. Danzy Sheen travelled at Higher Ardwick. To-day he is one of our best workers. He is also well known outside our own Church, and he is closely associated with several philanthropic institutions in Manchester. Mr. Genney owes perhaps more than many people know to a remarkably good and gifted wife. Mrs. Genney has a Connexional reputation. She is an excellent speaker, an ardent worker, a most generous giver.

Other old families are still represented in the Church and congregation. Instead of the fathers have come up the children, and the names of Parker, Metcalf, Norton, Teasdale, Driver, and many more are still to the fore and associated with every good work. Mr. W.E. Parker, who was Vice-President of the Edinburgh Conference, is our senior local preacher. His life has been bound up in the well-being of the Connexion, and God only knows what he has sacrificed to promote the interests of the Church he loves so well. As a preacher he has few superiors. As an official he is intensely loyal to Primitive Methodism. As a man he is greatly beloved, and for over half a century he has ‘worn the white flower of a blameless life.’

From the beginning of its history Higher Ardwick Churclh has been noted for its evangelistic fervour and toil. It has founded branch churches and missions at Gorton Brook, Rose View, Saighton Street, and Levenshulme. The last-named is a new development. Levenshulme is a suburb of Manchester, two miles away from Higher Ardwick, where the population has increased greatly during recent years. In Sept. 1899, the present minister rented a capital building, which had previously been used as a college. Mr. Joseph Ellis, a young and gifted local preacher of Higher Ardwick, was appointed to supervise the new venture, and the Rev. James Boulton was engaged as mission preacher. Mr. Boulton was born at Barwell, Leicestershire, in 1816. He entered the ministry in 1840, and remained in active service for 49 years. In his earlier ministerial life Mr. Boulton was associated with Hugh Bourne, Carthey, Gilbert, Brownson, Flesher, Sanderson, the Antliffs, Dickinson, Barfoot, Cutts, and many other ministers who were the makers of Primitive Methodism in the Midland Counties. After three score years of strenuous toil, Mr. Boulton still retains marvellous vitality and pulpit power. He did excellent pioneer work at Levenshulme, and although this prosperous mission is now under the charge of a lay agent, Mr. Boulton continues to preach, and his greatest joy is to see people converted.

Higher Ardwick has a glorious record. It has a past history of which any church might legitimately be proud. Twelve members removed from the mission room in Ashton-street to the new chapel in Ogden-street. Since then a new Circuit has been formed with 227 members, and yet the parent station has now 380 church members, 933 scholars, 84 teachers, and a chapel property worth over £17,000. At the present, officials and people are thoroughly united, and they are working hard to see the pleasure of the Lord prosper in their hands. They look forward to the future with confidence, and as they pass into the new century they ardently desire to retain the spirit that characterised their fathers and forerunners, and they strive to realise similar success.