There are two chapels here. Little is known about either. 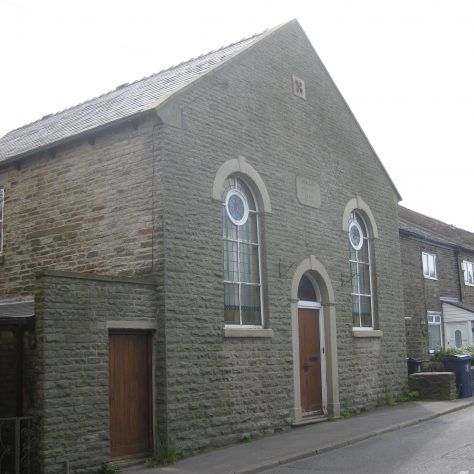 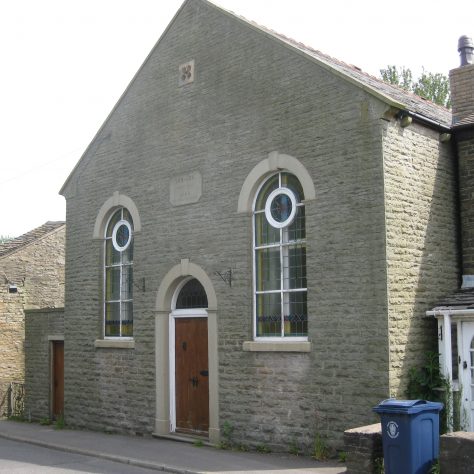 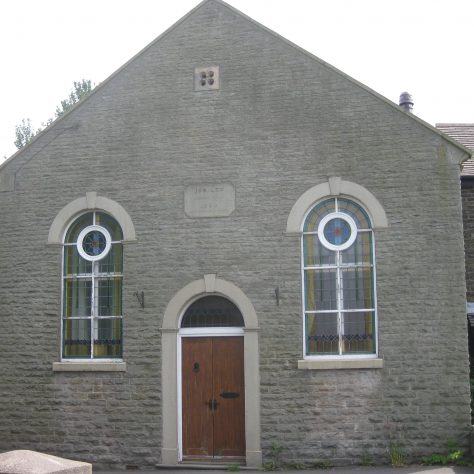 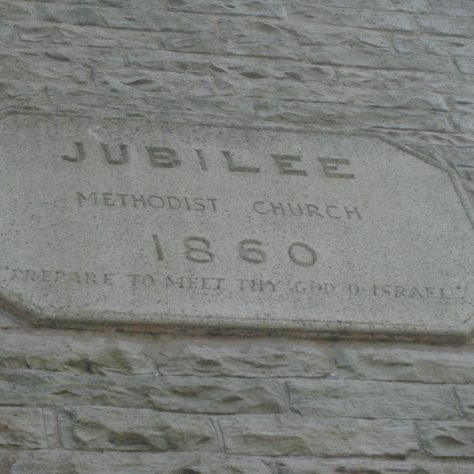 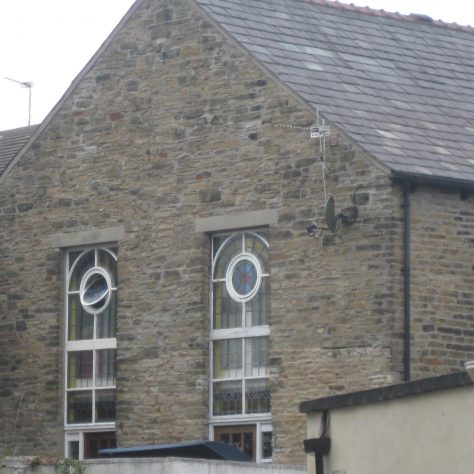 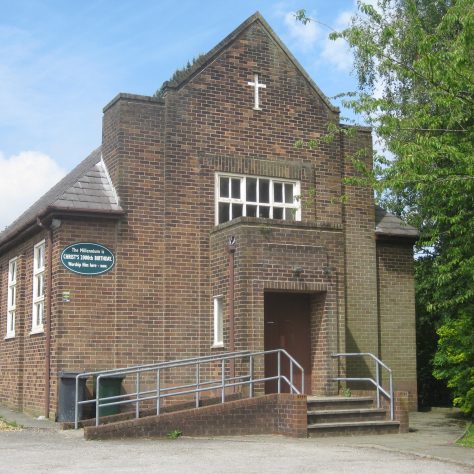 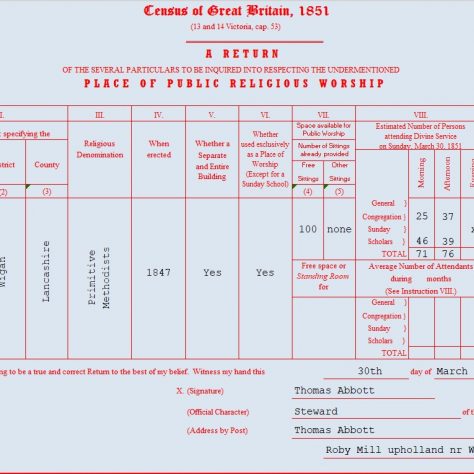 Roby Mill: return from the Primitive Methodist chapel to the 1851 Census of Places of Public Religious worship. Return no: 465 6 2 2
provided by David Tonks 2021

On the opposite side of the road stands a brick built chapel more recently used. Date of erection not known. Is it also a Primitive chapel?  In 2015 there is little indication that it is still open for worship but Roby Mill Pre-School Playgroup are using the building.

Speakers at the opening included  R. B.Howcroft, of Wigan, Thomas Jobling (Manchester) and the writer, Ambrose Kirkland of Chorley.