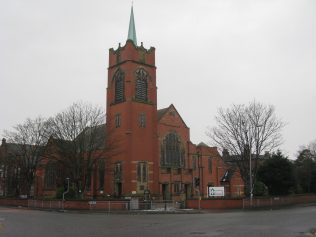 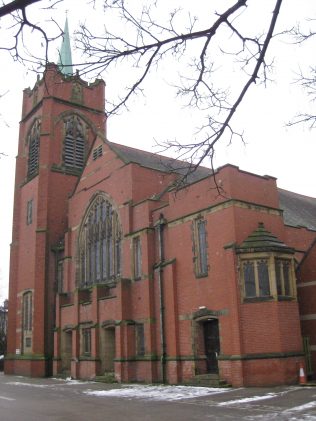 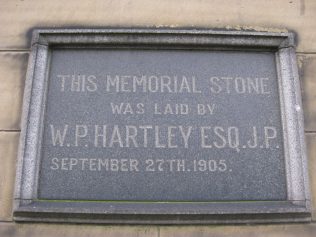 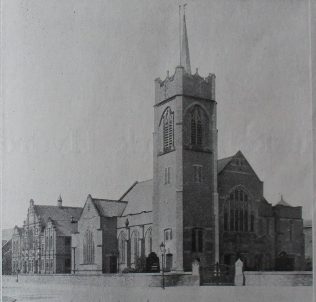 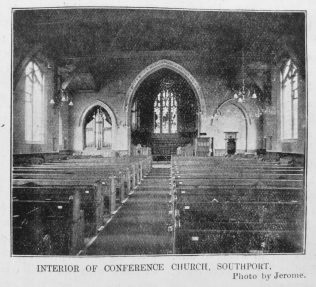 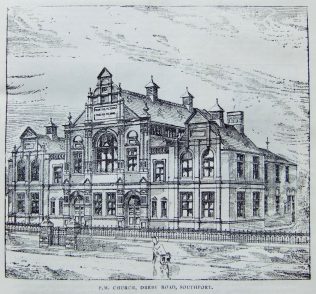 Said to have been built by Sir William Hartley, it was known locally as ‘the Jam Chapel’, because of its links with the jam manufacturer and his family. He actually paid for half the cost of the building, having issued a challenge to the members that he would match their giving pound for pound.  However, he also paid for the increased costs which were incurred when he insisted that oak should be used throughout instead of the usual pine.

Church Street Chapel later became known as St Mark’s Methodist Church, but sadly had to close shortly before reaching its centenary.  In 2005 it became St Mark’s Medical Centre and Pharmacy. As a Grade II listed building, the exterior still stands proudly on the corner of Church Street and Derby Street.

Very unusually for a Primitive Methodist Chapel it contains three stained glass windows, in memory of Sir William Hartley, his wife and daughter Christiana, who became mayor of Southport. Their funeral services were all held in this Church.

The Sunday School building next door, known as ‘Derby Road PM Sunday Schools’  was built in 1890, at a cost of £3,000, of which William Hartley donated £1,000. Like the Chapel, it was an imposing building, faced with Accrington bricks and Yorkshire stone dressing.  It was said that 500 adults could be accommodated in one Hall alone, and between 400-500 in the Lecture Hall.

This building is now known as Church House, and used as a further education college.

Southport-PM-Church (6 MB Adobe Acrobat document, opens in a new window)
Transcription of an article in the Primitive Methodist Magazine 1907, providing information about the church and how it was funded.