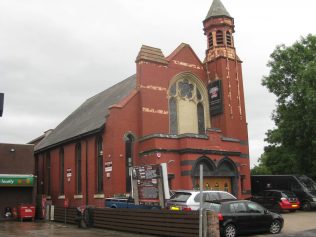 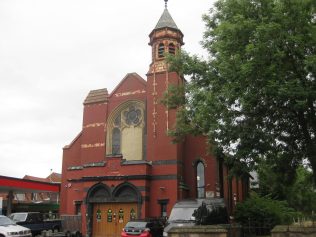 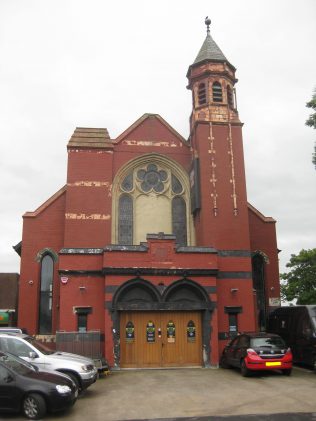 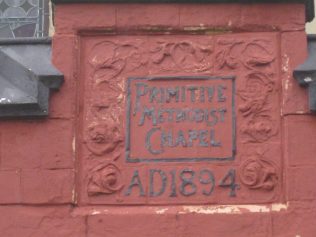 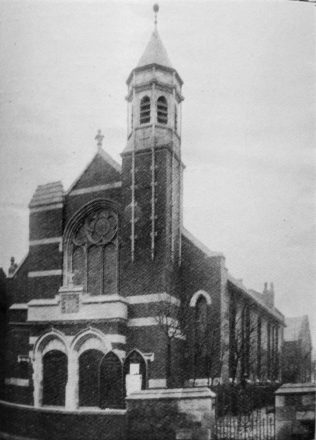 As its name suggests this chapel was not only built in Cemetery Road it was built next door to the cemetery. During its erection there was some competition with the Wesleyan chapel further up the road and even though the Primitive chapel was a more modest building a small tower was added on to it.

Before union with the Wesleyans the congregation here had associations with the chapel at Shirdley Hill. Trips were arranged  to the country chapel and the two congregations spent time together.

In August 1951 the Cemetery Road chapel closed it being one of the smallest chapels in the circuit. There was still a congregation of 51 at this time. They were directed to the chapel 300 yards up the road. This is a very different situation from today where a chapel can remain open with only a handful of members. 77 people attended the final service and the local paper reported ‘Church half empty for last service’.

In June 2015 the building is being used by ‘Hogfather’ motorcycles – a firm selling, hiring and repairing bikes. No doubt since 1951 it has been used for a variety of purposes.