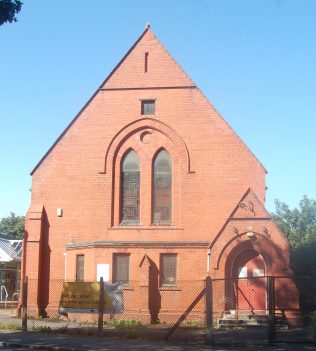 It started life in the Manchester Sixth circuit as an iron chapel, but due to the generosity of Mrs Beulah, widow of the late John Beulah, the society was able to lay the memorial stones for a new chapel and school in 1891.  She gave them £1,100 for new premises which would accommodate 300 worshippers and 100 scholars.  The total cost was £1,700.

“Wealth cannot be better employed than in providing in one way or another for the spiritual needs of the people.”