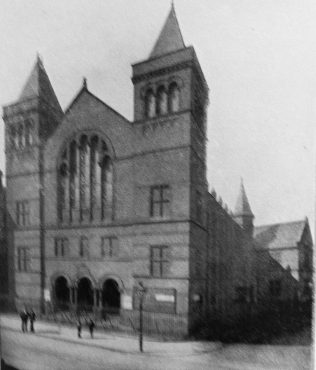 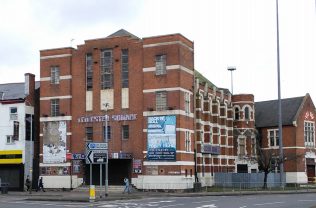 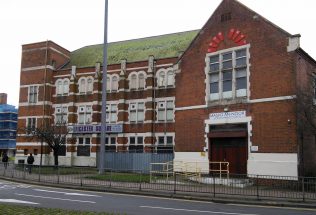 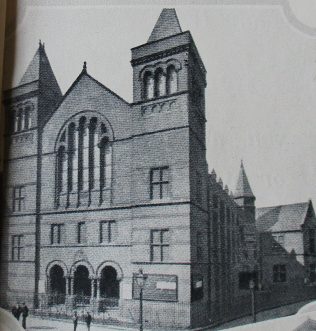 Belgrave Gate chapel was opened in 1882, built to replace George Street and the 1883 Primitive Methodist magazine contains a note of the opening of the new chapel. We are told that the Mayor of the borough together with numerous leading gentlemen and ministers of the town were present.  Probably there were some ladies there too … ….  The new building would cost around £8,000 but for that you got a chapel to seat 1,000, 2 large schoolrooms, classrooms, vestries “and other conveniences”. They recognised the burden of the debt but thought it would be worth while.

It was one of the venues used for the 1907 Primitive Methodist Conference in Leicester.  It was sold to Leicester Co-operative Society in 1937.

In 2016 it still exists, but is hard to recognise.  Its last use was for Leicester Square Rack and Roll Pool Hall and Sports bar.