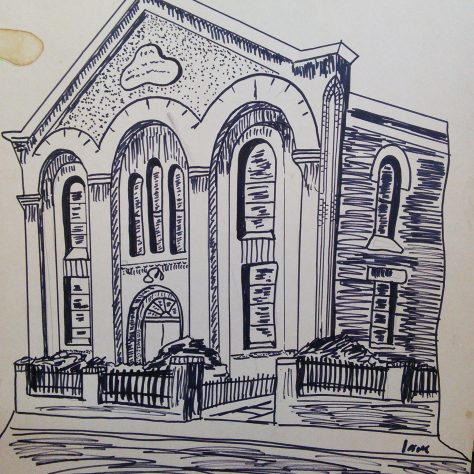 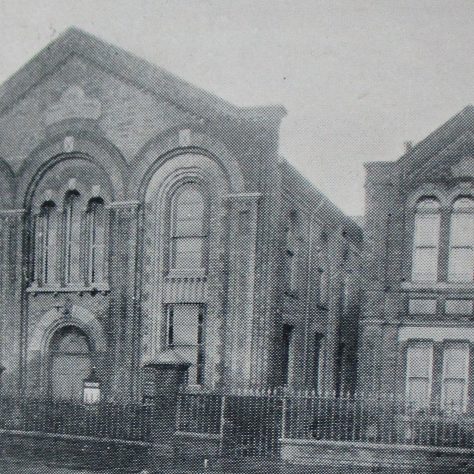 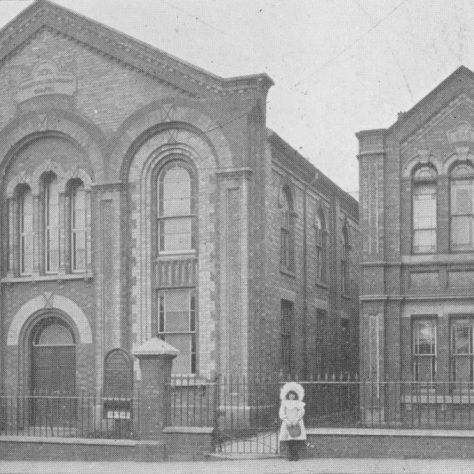 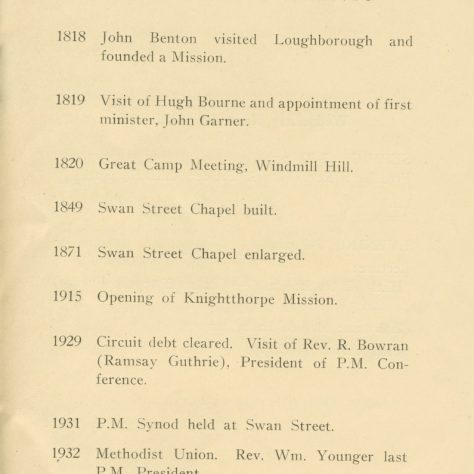 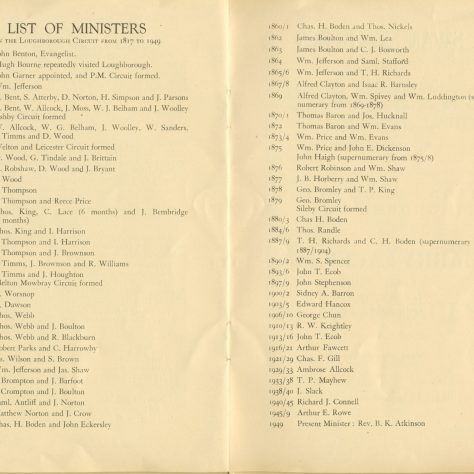 Swan Street Primitive Methodist chapel was opened in 1849 and enlarged in 1870 to accommodate 600 people.   It replaced the previous chapel in Dead Lane and occupied a large site which by the time of its closure included schoolrooms and cottages.

After closure the congregation joined with the former Wesleyan chapel in Leicester Road and then became founder members of the new society at Trinity.

When the building was demolished – by Collington and Son of Leicester – they discovered that the Woodbrook flowed directly underneath the building, covered only by floorboards.  The foreman commented that in periods of heavy rain the noise must have disturbed services.