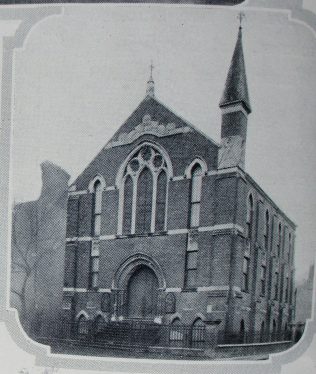 Melton Mowbray Primitive Methodist Chapel in Sherrard Street was built in 1888, and followed an earlier building nearby on Goodricke Street. The laying of the foundation stones is recorded in the Primitive Methodist magazine of May 1888. It took them nine years from the time they bought part of the new site before they could afford to build. They had raised over£1,400 towards the cost.

The Sherrard Street worship area was entered up an impressive flight of steps; a Sunday School occupied the lower level.  The chapel was demolished in 1975, to be replaced by Melton’s first supermarket; ‘Sally Morelands’.  In October 2015 the site is occupied by United Carpets and Beds.