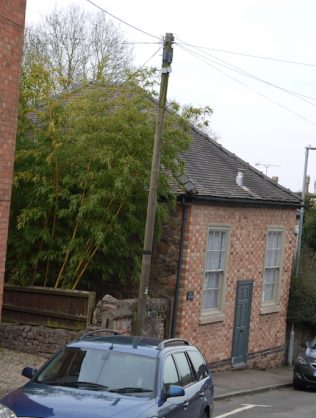 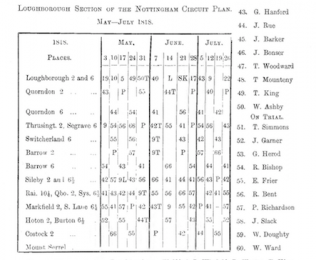 The cause at Mountsorrel is first recorded on the May 1818 plan of the Nottingham Circuit, the last before Loughborough became the third circuit in the Connexion. Note from the plan reproduced by Kendall that no-one was actually planned. By 1822 there were two services a day.

According to the 1851 Ecclesiastical Census the PM chapel was built in 1848. There were 142 sittings and standing room for 40. On Mothering Sunday 1851 the morning Sunday School attracted 24, the 2pm service was attended by 40, and the 6pm by 50. Edward Holmes, a blacksmith, was the Steward. The 1883 OS map shows a undesignated chapel on Watling Street, and the building pictured is marked on the Millenium map of Mountsorrel as the former PM chapel.

This chapel was replaced in 1897 by one on the corner of Crown Lane and Loughborough Road, which is marked as such on OS maps from 1901 onwards  It  closed in the 1970s, and has subsequently been demolished.