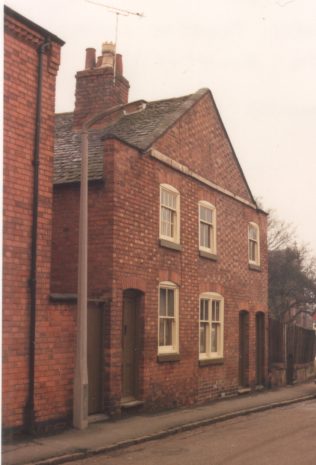 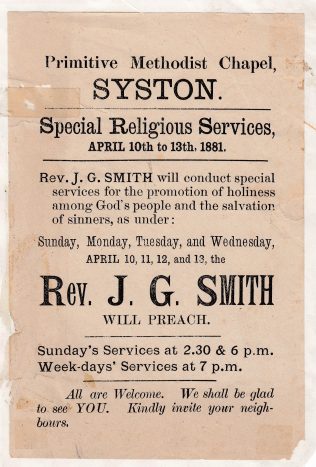 The first Primitive Methodist Chapel was built in 1836 in what was then Cramp Lane (now School Street).In 1818  George Handford, a local preacher of Sileby, and later the President of the first Conference in Hull  missioned Syston starting out with 26 persons which shrank to six by the time he preached. There was an altercation between Mr Handford, a clergyman, a lawyer and a ‘gentleman’. With the clergyman he discussed doctrine, with the lawyer law, and good manners with the gentleman, and as a result of this they withdrew and left him to preach, and then he and his loyal supporters sang down the village street.

By 1836 there were enough members to build a chapel and by 1887 newer larger premises were needed.This first chapel was converted into two cottages and was demolished in 1980