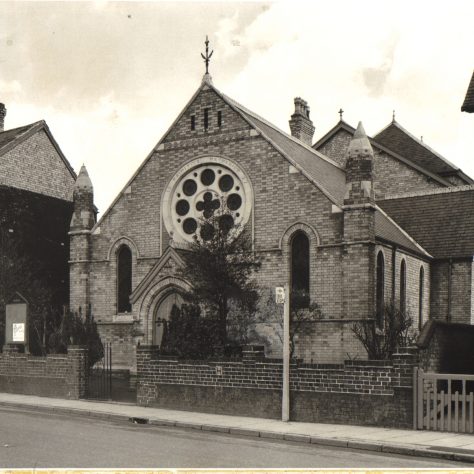 The Chapel in 1960
Regent Studios 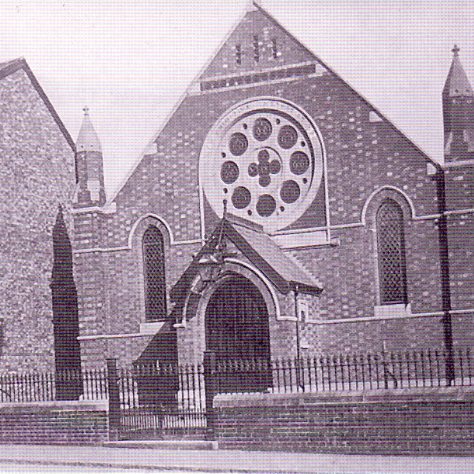 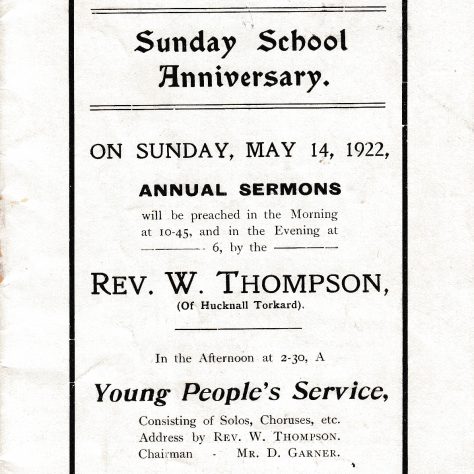 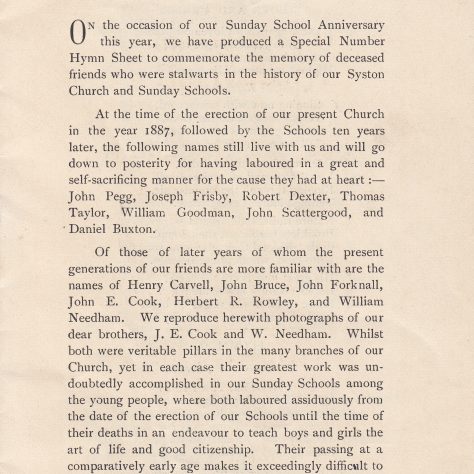 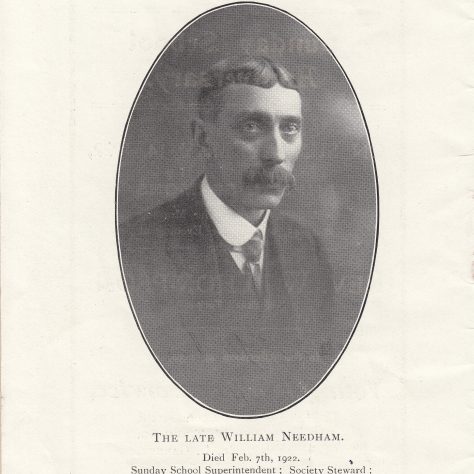 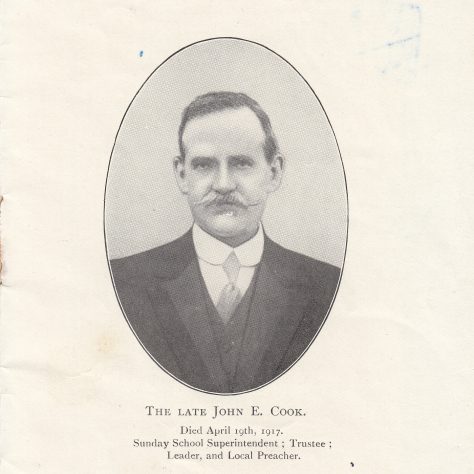 The new Chapel was erected  in Melton Road, the main road through the then village. It was built in two stages, in 1887 the chapel was built fronting the road and in 1897 a substantial two storey schoolroom was built at the back of the chapel. There was a vestibule behind the chapel with access to the choir and ministers’ vestry, a semi-basement kitchen and adjacent boiler house; five classrooms of varying sizes, outside toilets; and upstairs a large concert room and large classroom. There was also a large plot of land to the rear

This new chapel was part of a number of similar building projects across the region commemorating Queen Victoria’s Golden Jubilee. According to the Nottingham Evening Post of June 11th 1887 the architect was John Wills  of Derby who designed the Syston chapel along with several others. He was a noted architect of non-conformist chapels and schools in the midlands

The Wesleyan and Primitive Societies  joined together in 1960 and worship was centred at the Wesleyan building with all other activities being centred at Melton Road, until a new schoolroom was built at the side of the Wesleyan chapel. The building was sold in 1962 and demolished a few years later and replaced by a telephone exchange.

Also pictured are pages from the Sunday School Anniversary Programme 1922. It includes photographs of two former Sunday School Superintendents, William Needham and John E Cook and a memorial to their past services. It also contains 10 Scholars’ hymns and three Congregation hymns