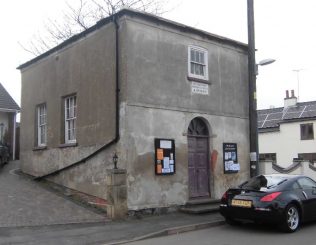 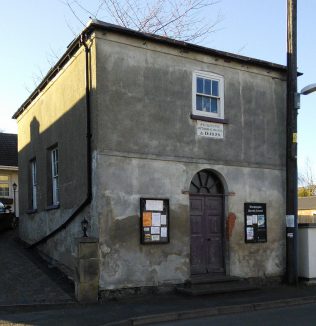 Around 1818, we are told, “much good was effected at…Coleorton, Whitwick……” by Messrs Benton, Wedgwood and Heath, Primitive Methodist missionaries. Obviously, Worthington was included also and a society established there. Two years later in 1820 the chapel had been built with seating for around 100 plus another 25 in the gallery. Despite the initial apparent enthusiasm, the cause faltered and, in the Return required by an 1829 resolution of Parliament relating to the places of worship of dissenters, only 20 Primitive Methodists are recorded as worshipping there.

Some five years later, around 1834, it seems that the Primitive Methodist cause had by then failed and the building was bought by Sarah Coltman who was a servant in the household of Mr Samuel Gilbert with whom she had been for some 50 years and who had been a Wesleyan Methodist since 1787. It appears she attended the Griffydam chapel some 1 ½ miles away. Although only a servant she was frugal and had saved sufficient to pay the purchase price of £82. She then gifted the chapel to the Wesleyans who did much better than the Primitives. The 1851 Census of Religious Worship records that at the evening service held on 30th March there were 70 worshippers.

In the 1950’s the building provided among other things a place where 50-60 children met each Sunday afternoon for Sunday school with four classes downstairs and two in the gallery!

In common with other churches changes in patterns of family life, young people moving away etc, has left a small and ageing congregation and only very limited resources to cope. There is, however, a vision to make the historic building into a new instrument of mission. The roof has been completely overhauled and there are ambitious plans to renovate the exterior and upgrade the interior of the building.

A programme of worship, service and spirituality is being developed including café church, charity work and monthly services based on Lectio Divina. Currently, there are 2 services a month. While the building is regularly used by Parish Council further ways of combining church and community are being explored.

Editor’s note:  Worthington is one of the earliest Prim chapels still in use. The tablet on the front of the chapel dates it as 1820.  This is only two years after the third Primitive Methodist circuit was established in September 1818 in Loughborough, 8 miles away. The building is grade 2 listed.

In Melville & Co.’s Directory & Gazetteer of Leicestershire (1854) and the 1855 Post Office Directory, Worthington is recorded as only having a Wesleyan Methodist chapel .

The History of the Primitive Methodist Connexion – John Petty