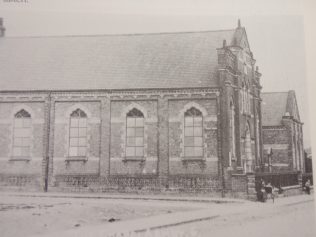 The KENDALL MEMORIAL CHAPEL was opened in 1885 and was closed on December 1960, and demolished in 1962.This commemorated the contribution of the Kendall family, but especially of Thomas Kendall.

H.B. Kendall writes in the two volume history of the History of the P.M. Church of Thomas Kendall, a cottage-farmer of Ashby, “Going to Messingham one evening on business — William Braithwaite was that evening conducting a service at Messingham, and Thomas was somehow drawn to the place.” Convicted of sin he then heard Hannah Parrot at Crosby. So he caused a chapel to be erected.