You are here: HomenextChapelsnextLincolnshirenextBnextBarrow on Humber Primitive Methodist chapel 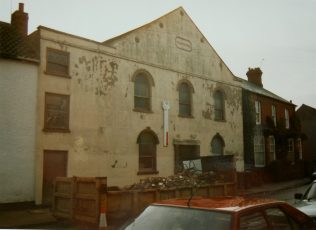 Barrow on Humber Primitive Methodist chapel dates from 1833. It had been used as a barn from 1819 and a gallery was added in 1849.

The chapel closed in 1943 and was sold in 1947, becoming the village hall. On Google Street View in 2009 it is in better order than on Keith Guyler’s photograph.