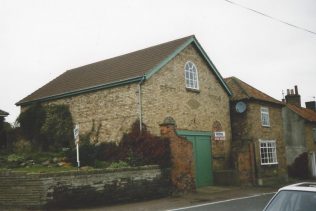 zoom
Building identified by Keith Guyler as the 1836 Binbrook Primitive Methodist chapel; in fact it is the former Wesleyan chapel
Keith Guyler 1995 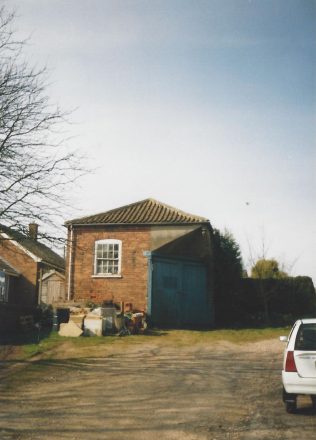 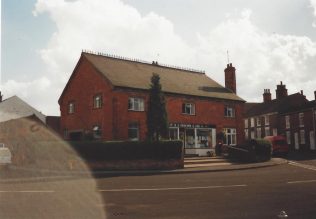 After closure the first chapel became Preston’s private garage. The second chapel was sold in 1946 and became a butchers shop. In 2015 it is still in use by Preston’s butchers.

However, the collection holds three photographs of Binbrook chapels. Do the two pictures labelled as the 1836 chapel look to be of the same building to you; I didn’t think so.  Thanks to Christel for clarifying – see the comment below.

The 1836 opening is recorded by William Wombell in the Primitive Methodist magazine of 1837 Opening events took place on Thurs, Fri & Sun 27,28 & 30th October when the preachers  included Thursday Mr J Butcher, Friday Rev S Marston and Sunday Wm Wombell. We are told that bought the ground at a very dear rate. The chapel measured 20’6″ (w) x 33’6″ (l) and 14′ (h).