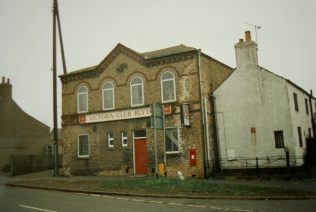 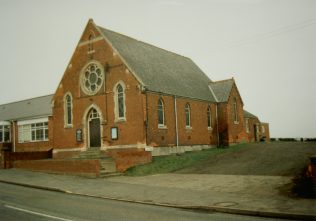 Blyton Primitive Methodist chapels go back to 1822. Keith Guyler’s notes are a little confused about what happened later. At one point he says the first chapel was enlarged in 1840. He then gives the dates 1851 or 1861 for a later chapel, but queries whether it was built in 1840. The date 1865 is on the date stone; he wonders whether this was a further enlargement.

At the time of Keith Guyler’s photograph it was in use as the Victoria Social Club.

The third Blyton Primitive Methodist chapel known as Central opened in 1891 and was rebuilt in 1971.