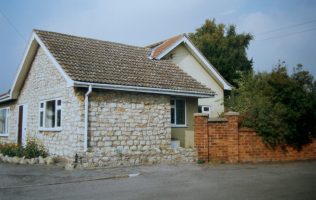 Broughton Clowes Primitive Methodist chapel dates from 1841, was enlarged in 1860 and served until 1958.

The chapel was sold in 1961 and subsequently demolished. However the Sunday school was incorporated into a bungalow (1 Chapel Lane).

The opening in 1841 is described by T Ratcliffe in the Primitive Methodist magazine of 1843.

“Broughton is a village in the Brigg and Alkbrough branch of Hull circuit.  It was first visited by the Primitive Methodist missionaries in the year 1819.  The open-air was the battle-field in which they first unfurled the banners of the Redeemer.  A cottage being eventually obtained, they preached therein, and formed a society; but, death having taken away the tenant, they were compelled again to return to the open-air.  This reversion of affairs did not drive the missionaries from the village; they continued their labours till a second house was opened to them.  The society for many years was as a faint sunbeam, struggling with successive clouds; but the Lord, at length, said, “Arise, shine, for thy light is come, and the glory of the Lord is risen upon thee.”  Our little Zion put forth fresh vigour, and such was the stretching of her borders, that her children could say with the sons of the prophets, “The place where we dwell * * * is too strait for us.”

Convinced that their God was the proprietor of the whole earth, they entreated him to give them a small portion of his vast dominion, on which to erect a house to his glory.  Prayer was also made for funds adequate to the undertaking.  His lordship, the Earl of Yarborough, who had given our Connexion plots of land, in different places, on which to build chapels, also gave a plot at Broughton, in one of the most favourable parts of the village.  Soon the friends started work; the foundation-stone was laid on February 22, 1841; and the chapel was opened on the 11th and 18th of July following.  Its dimensions are thirty feet by twenty-two within, and thirteen from the ground-floor to the ceiling.  Its walls are of stone and brick, and its covering of counter slate.  It has three windows in front, and two behind, and is well ventilated.  The pews in front of the pulpit are elevated nine inches above each other, and each elevation is accessible by two steps.  The sittings are all let, except thirty which are reserved for the poor.  The cost of the building is one hundred and sixty pounds eight shillings and three-pence; towards which, with the opening collections, there have been begged forty pounds eight shillings and three­pence, thus leaving on the chapel a debt of one hundred and twenty pounds, which have been borrowed at 4½ per cent.

It was opened with preaching services, conducted by Brother Thomas Holliday and myself; and, I will assure you, we had a glorious earnest that God would honour it as the birth-place of precious souls.  Succeeding events have proved that our anticipations were true; for often have angels had to waft to heaven the tidings of sinners repenting in it and finding salvation.  Since it was opened the society has doubled the number of its members, and improved its finances in proportion.  While we thank our warm-hearted friends for their zealous and liberal help in the erection of the chapel, we exclaim, unto God be glory for ever.”