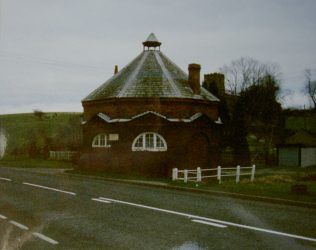 Burwell is north west of Alford. Burwell Primitive Methodist society used the former octagonal Butter Market as a chapel in the years before the outbreak of the First World War in 1914.

It is not entirely clear from the notes with Keith Guyler’s picture how long the Prim’s used the Butter Market as a chapel. In one place he says it was used by the Prims between 1909 and 1914. In another he says the chapel (maybe the building?) dates from 1880.

It was later acquired as the Parish Church Hall but at the time of Keith Guyler’s photograph in 1993 was unused.