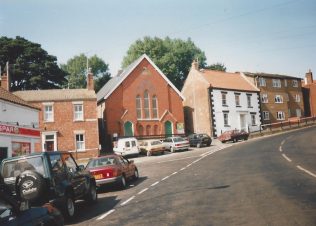 The first chapel was replaced in 1868 by a new chapel built in front of the old one.

The merging of the Central and Westgate societies, and the joint working of their respective trusts, took place between 1952 and 1956, prior to the closure of the Westgate chapel in 1966. It was sold to Lincolnshire County Council in 1967 and initially was used as Westgate Youth Centre.  By 2011 it had become Caistor Arts & Heritage Centre, a ‘Not for Profit’ social enterprise created by £430,000 of funding from Big Lottery as one of the 6 selected projects under the Village SOS programme.