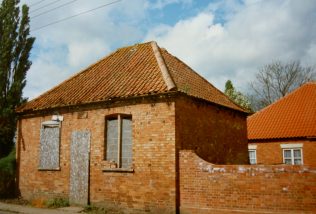 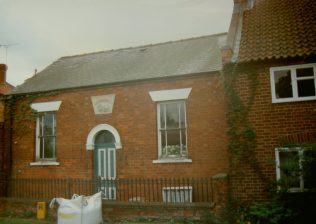 Keith Guyler’s pictures came with notes that said the first chapel dated from 1826 and closed in the 1950s.  Keith Guyler’s photograph shows it as derelict.  He suggests it was on Old Street, although I cannot find it on Google Street View.

The second chapel on Main street he dates as 1897.  His notes say it was sold to the Wesleyan Methodists as their second chapel in 1921 and at the time of his photograph was a house.

The Primitive Methodist magazine for 1862 includes an account by P Daykin of the opening of a new chapel in Claypole.  See the link below.  It is hard to imagine either of the two chapels in the pictures accommodating 200 people.

Google Street View also shows a house on Chapel Lane with a stone identifying it as a Wesleyan Chapel.